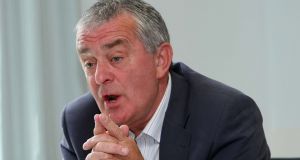 Patsy McGonagle has confirmed he is stepping down as manager of the Irish Athletics team, completing a 25-year stint which first began at the World Junior Championships in Seoul, South Korea back in 1992.

Since then McGonagle has taken charge of the senior Irish team at four Olympic Games, six World and six European Athletics Championships.

He last managed the Irish team at the World Athletics Championships in London in August, and although McGonagle was recently re-offered the position by Athletics Ireland until the Tokyo 2020 Olympics, after careful consideration he felt the time was right to step aside.

“It was a huge honour for me, especially being from rural Ireland in Donegal, to have been appointed to manage the national team on so many occasions” said McGonagle.

“I was always so proud to wear the Irish tracksuit and to fly the Irish flag abroad at major athletics event and I am forever indebted to the Irish athletes I managed who put in so much effort to represent their country with such distinction abroad at the highest levels.”

During his time as manager, McGonagle oversaw a period of unprecedented success in Irish athletics, during which time athletes won two Olympic medals, nine World Championship medals and 27 European Championships medals, between indoors and outdoors.

“I have so many highlights, the Olympic medals won by Sonia O’Sullivan in Sydney 2000, and Rob Heffernan in London 2012. And the World and European Championships championship medals also won by Olive Loughnane, David Gillick, Derval O’Rourke, James Nolan, and more recently from Mark English from my own county and Ciara Mageean.

“I never tired of seeing the Irish flag raised for a medal ceremony and hearing Amhrán na bhFiann being played in stadiums around the world.”

A graduate of St Mary’s College of Physical Education in London in 1972, McGonagle was also one of the early pioneers of full-time PE teachers in Ireland. More recently he has helped building the Finn Valley Athletics Club into a world class community sports facility, and also spent two periods as a selector and coach with the Donegal senior football team.

He will continue to devote his energy to Finn Valley Athletics Centre and has plans to expand the facilities beyond the existing athletics track, swimming pool, astro turf, and indoor facilities.

Athletics Ireland will now begin the process of appointing a successor, the next major championships being the 2018 European Athletics Championships, set for Berlin next August.

In an interview with The Irish Times during those London World Championships, McGonagle did express some concern about the future of Irish athletics, and some of the change in culture during his time as manager

“Speaking in general terms, and I mean general terms, I do think the culture around them is getting soft,” he said. “We’ve had conversations since coming out here (to London), with the athletes, about this comfort thing, and taking more responsibilities.

“If you look at our high achievers, they all built their own wee teams around them, and got on with. But Irish athletes have never been as well supported as they are now, in terms of the Institute, Sport Ireland. They’re tripping over themselves to support these athletes and they do it extremely well.

“So I would be concerned about the culture, and right now we are actually achieving very well at underage athletics. And that’s brilliant, very encouraging. But how do we got from there, to this brutal world where we are here? If we continue to go the way we are it will continue to be hit and miss.

“I don’t think the system is there at the moment, and that’s where coaching kicks in, and people generally agree there is a shortfall in coach-lead situations. You could make an excuse the finances aren’t there, but look ahead? Where are we going? In the next four or five years what is going to happen? What happens now?”