Dave Miley is the new Tennis Director for the Kazakhstan Federation

Kazakhstan have six players, male and female, inside the top 100 in the world 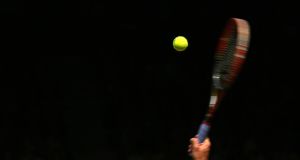 Ireland’s Dave Miley, who last year unsuccessfully ran for the biggest job in tennis, president of the International tennis Federation (ITF), has agreed to become the Tennis Director for the Kazakhstan Tennis Federation.

Miley also ran for the job as chief executive of Tennis Ireland (TI), again unsuccessfully, but won a case against the Irish governing body after making a complaint against them to the Work Relations Committee (WRC).

TI were fined €6,500 by the WRC after the complaint was upheld and TI was found to have discriminated against Miley during the process of appointing new chief executive Richard Fahy.

The grievance centred on the process of selection for the job. The WRC upheld the complaint, stating that the process had discriminated against Mr Miley on the grounds of age. The amount was half of the €13,000 maximum permitted by the equality committee, while TI also had to pay their own legal costs, a multiple of the penalty.

The chief executive position arose following the retirement of former boss Des Allen. There were 79 applications submitted for the role, which was advertised during the summer of 2016.

Based in oil rich Nur Sultan, previously Astana, Miley moved from his London base at Wimbledon three months ago. Kazakhstan with a population of around 20 million have six players, male and female, inside the top 100 in the world. Ireland currently have no players junior or senior in the top 200 in any age grade.

“The country has six players currently in the top 100 ATP/WTA and a couple of players playing quallies of grand slams,” said Miley in a Facebook post. “And so the level is high. We also have a few juniors close to playing Junior Grand Slams.”

‘Don’t write me off yet’: Conor McGregor to fight on after Poirier knockout 11:35
Tony Finau shares the lead heading into last round in La Quinta 11:21
Sunday’s Thurles card called off due to snow 11:10
Conor McGregor stopped by Dustin Poirier in second round 06:33
Tom Brady continues to defy time as Buccaneers target Super Bowl spot 06:00