IOC set to expel boxing from 2020 Games in Tokyo 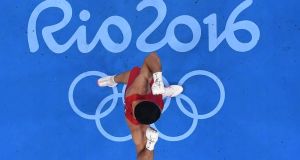 Boxing is now facing the clear and present danger of being expelled from the Tokyo Olympics after the International Boxing Association (AIBA) confirmed the sole nomination of Gafur Rakhimov for their next president.

Rakhimov has been acting as interim president since January, only without the approval of the International Olympic Committee (IOC) who have already warned against his links to organised crime in his native Uzbekistan.

However, his permanent election is now set for the AIBA congress in Moscow on November 2nd-3rd, as no other candidates made the election deadline, according to the Lausanne-based AIBA.

The conflict between the IOC and the AIBA has been brewing all year: the IOC first suspended AIBA funding last December, and have gave them until April 30th to report back with the promise of proper reform on such basic issues as governance, finance, refereeing and anti-doping.

Then in January the AIBA “installed” Rakhimov as their interim president. The AIBA did expel several judges after the 2016 Rio Olympic fiasco, only to later reinstall some of them, their anti-doping is still largely non-existent and there’s still no formal project to improve refereeing.

The IOC also insisted they cut two men’s weight divisions for Tokyo to make way for two more women’s, something the AIBA had been resisting. “We are extremely worried about the governance of the AIBA,” said IOC president Thomas Bach, during an opening session of the Pyeonchang Winter Olympics in February.

Despite failing to win a medal in Rio, boxing remains Ireland’s most successful Olympic sport, the three medals won in Beijing 2008, plus four more in London 2012, making it 16 in total, one more than all other sports combined. Joe Ward is a leading medal contender for Tokyo, but the danger is he may not even get to fight.

Rakhimov may not be known in sporting circles, but he is to Interpol, and the US Treasury, who believe him to be one of his country’s “leading criminals” and “an important person involved in the heroin trade” who was connected to the Thieves-in-Law crime group.

The AIBA had originally chosen the Italian Franco Falcinelli as their new president, to replace C K Wu (eventually forced out of office after 11 years following several allegations of financial mismanagement, including a “missing” €8.5 million loan). After Falcinelli decided to step down, Rakhimov was then “installed” during a lunch break at the AIBA Congress in Dubai back in January.

At that time the US Treasury named Rakhimov among 10 individuals with alleged links to the Eurasian criminal entity, the Thieves-in-Law, born in the old Soviet Union prisons and believed to operate in an underworld network that has spread beyond Russia to the world’s leading financial centres.

Rakhimov was also on Interpol’s most wanted list, before being removed last September, though his alleged links with the mafia and the heroin trade saw him refused entry to Australia for the Sydney Olympics back in 2000. It didn’t stop him serving as AIBA vice-president for the last 15 years, and now from leading amateur boxing towards Tokyo 2020.

Kazakhstan’s Serik Konakbayev was expected to challenge Rakhimov for the presidency: according to the Olympic news website Inside The Games, he failed to get enough letters of support before the election deadline, although he is set to appeal.

Rakhimov’s election will likely be discussed at the IOC Executive Committee meeting in Buenos Aires this week, given their repeated indication that without the sweeping changes it feels the sport needs, boxing can’t be guaranteed of its place in Tokyo.