Russia urged to take public responsibility for their ‘fraudulent actions’ 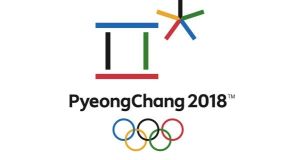 The world’s leading anti-doping agencies have come together to demand Russia be banned from next year’s Winter Olympics in Pyeongchang and to warn the International Olympic Committee it must stop paying lip service to the fight against doping.

In strongly worded comments following a meeting between 17 anti-doping agencies in Colorado, which included the US Anti-Doping Agency and UK Anti-Doping, the organisations also warned the IOC that its continuing reluctance to hold Russia to account for what it called “one of the biggest scandals in sports history” at the Sochi Winter Games in 2014 threatens the future of the Olympic movement.

In a joint statement, the national anti-doping leaders said: “The IOC needs to stop kicking the can down the road and immediately issue meaningful consequences. The failure to expeditiously investigate individual Russian athlete doping poses a clear and present danger for clean athletes worldwide and at the 2018 Winter Games.

“We have serious doubts that the 2018 Games will be clean due to the incomplete investigation of massive evidence of individual doping by Russian athletes at the 2014 Sochi Olympic Games and given the inadequate testing evidence of Russian athletes over the past four years. A country’s sport leaders and organisations should not be given credentials to the Olympics when they intentionally violate the rules and rob clean athletes.”

The national anti-doping organisation leaders also urged Russia to take public responsibility for what it called “its fraudulent actions” detailed in the Richard McLaren report, which claimed that over 1,000 Russian athletes had benefited from state-sponsored doping between 2011 and 2015. Nado added that Russia need to take a number of other steps to prove it was serious about reforming.

Those included “a systematic effort to interview Russian athletes, officials and other witnesses exposed by the McLaren Report as having been potentially involved in the doping conspiracy” as well as turning over electronic data, “including servers, testing instrument data files, computer files, and email and text message archives from the time period of the Russian conspiracy, as outlined in the McLaren report”.

“The IOC and the World Anti-Doping Agency must insist Russia turn over this key additional evidence,” said the Nado leaders. “A full account and justice for clean athletes cannot be achieved without this information.”

Nado’s toughest words came for the IOC, which it said had not done nearly enough to follow up the damning revelations in the McLaren report by banning guilty athletes and officials.

“The failure to properly investigate and prosecute free of sport-political influence those who violated anti-doping rules, breaks the trust with millions of clean athletes around the world,” they said. “This dereliction of duty sends a cynical message that those of favoured, insider nations within the Olympic movement will never be punished or held accountable, violating the fundamental covenant of fairness on which sport is based,” the leaders said.

During the two-day meeting, the leaders also heard from the Russian whistleblowers Vitaly Stephanov and Yulia Stephanova, as well as Johann Olav Koss of the independent foundation Fair Sport. They did, however, keep open the door for some Russians to compete in South Korea as neutral athletes, provided they have been subject to robust anti-doping protocols, consistent with precedent established by the International Association of Athletics Federations.

They were also in no doubt the IOC needed to make a strong statement by banning Russia from the Winter Olympics. “The mishandling of this Russia doping crisis has left the athletes of the world wondering if global anti-doping regulations have teeth and whether their fundamental right to clean sport matters.