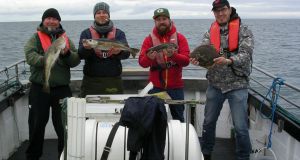 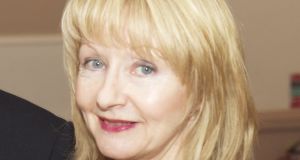 Bridie Fleming who has retired after 45 years with the ISFC 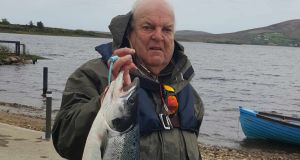 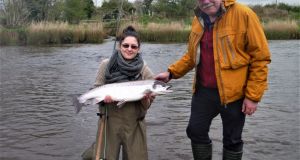 THE universally popular Bridie Fleming has retired after 45 years working in the angling/business development division at Inland Fisheries Ireland. Through involvement with the Irish Specimen Fish Committee (ISFC) since 1975, Bridie was well known to specimen anglers and her friendly disposition was immediately apparent and always shone through in person or over the phone.

Working with giants in Irish angling over the past four decades including the late Des Brennan and the late Kevin Linnane (both former ISFC secretaries), Norman Dunlop, Peter O’Reilly and Peter Green, Bridie processed more than 25,000 specimen fish claims with an efficiency that ensured all detail and supporting information was provided by anglers.

Her colleagues from IFI and further afield wished her well on her retirement day. Fortunately, Bridie has agreed to continue her role in the ISFC on a caretaker basis.

Dr William Roche, ISFC secretary thanked Bridie “for her unstinting contribution and loyalty to the ISFC and for agreeing to continue to care-take the administrative role in the short-term”.

The Cornamona & District Anglers held a wet fly competition with 30 anglers but just 10 accounted for 17 fish. In the Greenfields area, the Garda hosted the Paul Reid Memorial Cup over two days with 31 anglers catching seven trout on the first day and eight on the second day.

Basil Shields of Ardnasillagh Lodge reports some excellent fish caught primarily on buzzer. Pat Connor had four for 9kg, Peter Boyle managed two for 4kg and Steven McGarvey had one excellent fish of 4kg on buzzer.

In the Cong area, David Ryan from Ryans River Lodge B&B caught a terrific trout of 9kg trolling which he sportingly released.

Their first stop produced some fine coalfish, the second drift over sand brought turbot and dabs with some lesser spotted dogfish. The skipper then decided to change location which resulted in cod, pollack, whiting and about 20 mackerel. All in all an, an enjoyable day for everyone!

Participants should meet at Longueville House Hotel at 4am sharp and after a brief meeting set off on tour with Michael. Later the groups return to enjoy a hearty country house breakfast followed by a chat in the drawing room by the fire.

The Dawn Chorus walk takes place on Sunday, May 14th at 4am! A family ticket for two adults and two children is €149, a single adult is €49. Full Irish breakfast included.

Advance booking and payment is essential by credit card or cheque as numbers for this event are limited. Contact info@longuevillehouse.ie or tel +353 22 47156 for further details.

Longueville House is a member of the Great Fishing Houses of Ireland.

The one-day event is by invitation only and based on the heaviest fish with 15in (38cm) as the minimum size limit. However, the bag limit is two trout per angler with just one to be weighed in.

Epoxy Buzzer or Buzzer Nymph fishing are not allowed and anglers must organise their own fishing partner and boat. This year, anglers may launch their boats from any location on Mask. Entry fee of €90 per angler includes a hot meal in Máire Lukes.

There is a fantastic array of prizes including first prize of a 15hp Suzuki 4-stroke outboard engine and the European Perpetual Cup.

All proceeds will go towards the Stream Enhancement and Rehabilitation Programme. Last year’s event raised €3,000 for this worthy cause.

Weather was not kind for the 66 competitors with light winds before calm descended on the lake. Nevertheless, 15 anglers came ashore with 18 trout in total.

At the prizegiving in Dromhall Hotel, Gerry Dwyer, on behalf of the main sponsor Lee Strand Cooperative Creamery, presented the card draw winner with a cheque for €500.

Eugene McCarthy emerged as overall winner of the competition with two trout for 440g and Eugene McCarthy took second place with a fine Lein specimen of 438g.