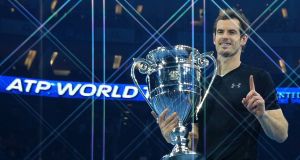 Tennis fans wanting to watch Andy Murray and Roger Federer on a regular basis through the season will have to pick up an Amazon subscription, after the US digital giant nabbed the UK rights to the ATP World Tour from Sky.

The deal will make Amazon Prime Video the home for practically all top-flight men’s tennis other than the four Grand Slam tournaments – including the end of year ATP World Tour finals at the O2 Arena in London.

Amazon has aced Sky, whose five-year contract ends in 2018, with a bid thought to be worth as much as GBP10m a year. Sky, which is understood to have paid about GBP8m a year for its current deal, is not thought to have matched the amount it bid last time to try and secure the new deal.

The contract covers the ATP World Tour Masters 1000 and Masters 500 events from around the world, including tournaments in Monte Carlo, Madrid, Paris, Miami, Indian Wells and Shanghai.

Amazon’s move is its first major live TV sports rights deal outside the US and potentially signals that an already competitive market could be about to heat up further, pitching deep-pocketed digital players against broadcasters.

Sky and BT are preparing to go to battle to renew their GBP5.14bn Premier League rights early next year, with both companies hoping for an end to rampant rights price inflation.

For Amazon, it is the second major live TV sports rights deal in the last few months following its agreement with the National Football League in April to stream 10 Thursday-night American football games in the US this season, alongside broadcasters NBC and CBS.

Amazon also has the rights to live audio-streaming for Bundesliga football commentaries in Germany, available through its Amazon Music service.

Sky started to back off from tennis last year, dropping its coverage of the US Open tennis tournament after 25 years, one of its longest major sports rights deals. Sky viewers will still be able to see the tournament on Eurosport.

The company has been faced with major increases in sports rights bills – a one-off GBP629m rise in its Premier League rights deal contributed to a 14 per cent fall in profits at its UK and Ireland operations – and it is becoming more selective in the rights it is willing to pay top dollar for.

Jeremy Darroch, Sky chief executive, said last week that the company had “walked away” from bidding for some sports rights recently as there was better value in spending the cash elsewhere in the business.

Sky Sports has just replaced its numbered channels with themed ones focused on specific sports – led by football, golf and cricket. Tennis has been relegated to appearing on one of two mixed sport channels.

Amazon has been increasing the sport-focused content on its service in recent months. In May, it added 40 streaming TV channels in the UK – including Eurosport, which will enable it to offer the US Open tennis, French Open tennis and Olympic coverage from next year.