Beastly beauties: Augusta's Par-3s must be mastered if a player desires the green jacket 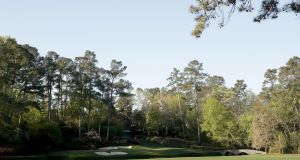 For anyone setting foot into the perimeter of Augusta National Golf Club, the first instinct is to follow the route – across the first and ninth fairways and onwards – to eventually arrive at Amen Corner, where the picturesque and iconic Par-3 12th has a picture postcard beauty that must be seen to be believed.

It is, unquestionably, the standout setting and its angelic appearance has through time been accompanied by some devilish intent with even Tiger Woods feeling its wrath as recently as last November when he ran up a 10 on the short hole. There have been worse, though.

Indeed, the collection of four Par 3s – the fourth, sixth, 12th and 16th – have proven to be formidable obstacles for anyone with aspirations on having a green jacket slipped on to their shoulders with each have inflicted their share of pain through the years.

The highest score? Well, that’s one you won’t find in any record books. Billy Casper, aged 73 at the time, hit five balls into the water on the 16th in his last Masters in 2005 and ran up a 14. However, he decided not to hand in his card, so the score never counted.

Average score (1942-2020): 3.28 (Ranked third most difficult in Masters history)
The longest of the Par 3s, players will mostly take a long iron off the tee to a green that slopes back-to-front and protected by two deep bunkers with a narrow entrance between them. The difficulty is often accentuated by a swirling wind that makes players and caddies second-guess themselves on club selection.

Sweden’s Henrik Stenson ran up the highest score on the hole, when taking a quintuple-bogey eight in the first round of the 2011 tournament.

There has been just one hole-in-one recorded, by Jeff Sluman in 1992.

Average score: 3.14 (Ranked 13th)
There is a dramatic change of elevation on this often underrated short hole, with the tee shot to the green encountering a 100 feet drop. The dip between tee and green, though, means that any shots coming up short will potentially roll back down a hill. The most dangerous shot is if a player overhits the greens, as the recovery involves a chip back to a green that slopes from back to front.

Average score: 3.28 (ranked fourth)
The shortest Par 3 on the course and one of the most famous golf holes on the planet, the 12th is located as the centerpiece of Amen Corner and an area where the swirling winds add to the challenge. The tee shot is played over Rae’s Creek to a green protected by three bunkers – one to the front, two to the rear – with bushes also over the back.

The highest score in tournament play was the 13 recorded by Tom Weiskopf in 1981 when he put five balls into the water. “I was really upset because it was stupidity,” said Weiskopf of his misadventures.

This hole is played entirely over water, but it is the severe slope – from right to left – that provides the danger and also the intrigue. Remember Tiger Woods’s chip-in (that Nike moment) in the 2005 Masters?

The official highest score is not Casper’s 14 but rather the 11 run up by Herman Barron in the 1950 tournament but the hole’s propensity to provide aces has made for much drama through the years.

In fact, there have been no fewer than 20 holes-in-one on the 16th through the years (the first by Ross Somerville in 1934 when he hit a mashie niblick, the most recent by Charley Hoffman in 2018 when he used a six iron). The 16th is also where Pádraig Harrington (2004) and Shane Lowry (2016) had their aces.

Seán Moran: DRA saving the GAA a lot of money for 16 years 06:00
Sarah Lavin bidding to clear last hurdle on the way to her Olympic dream 06:00
Basketball’s loss is rugby’s gain as Lauren Delany makes up for lost time 06:00
Gordon D’Arcy: Béibhinn Parsons is the gift, IRFU must now do the giving 06:00
Matsuyama gives Tokyo Olympics promoters some cause for optimism 01:00
Here is your handy guide to sport on television this week