Who’d want to be a goalkeeper in these high-pressure times?

In both hurling and football, the ’keeper is now a lightning rod for storms of disapproval 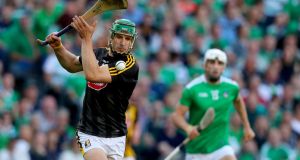 In a conversation about Kilkenny’s exceptional goalkeeper Eoin Murphy, Christy O’Connor, an authority on the position, made an interesting point. He felt that the role has become so central to a team’s performance that he could envisage young players deciding that it wasn’t worthwhile to undergo the responsibility that comes with it.

The observation covers both football and hurling. From a time when those in goal were required to protect it and prevent green flags being waved, to organise defenders and judge when to come off their line, the modern game makes extraordinary demands.

It’s not as if the traditional duties weren’t sufficiently onerous, but more have been added. Both games have become increasingly possession-based and the primary burden of protecting the ball has fallen more and more on the goalkeeper.

Stephen Cluxton is rightly regarded as a pioneering figure in football, and it’s well over a decade since he could be detected placing his kick-outs out to the wing for centrefielders Ciarán Whelan and Shane Ryan to run out and meet.

Forewarned wasn’t particularly fore-armed because the Dublin ’keeper could change direction in the run-up and place the ball where the unmarked or less tightly marked player was.

It’s an extraordinary ability. When we watch Sunday Game analysis of kick-outs, there’s a great view from behind the goal, and the range of opposition deployment is clearly visible. But imagine it down at sea level where all you can see is a thicket of players and hands waving in the air.

Those high presses on restarts are terrifying. At the end of the Kerry-Tyrone semi-final on Sunday, the former’s goalkeeper Shane Ryan was put under enormous pressure and could be seen faltering – to the point where the referee was being cat-called to whistle him up for taking too long and delaying the restart.

The longer a ’keeper is faced with a kick-out and no-one obvious to kick it to, the more panicky the situation and the greater the anxiety and feeling of paralysis, like your mind going blank in the face of some overbearing barrister aggressively demanding that you answer the question.

Somewhere in time, by a process of conditioning, the complete responsibility for ensuring possession appears to have been assigned to the goalkeeper, absolving in many cases the outfield players, whose traditional function is to win the ball.

Mayo’s Rob Hennelly hasn’t always enjoyed his trips to Croke Park and, on Saturday last, a few of his restarts were picked off during Dublin’s eruption just after half-time, with scoreboard consequences. Again, though, the pressure is excruciating for a player, who can become a lightning rod for disgruntlement with the team.

Hennelly naively went onto Instagram to express remorse for what had gone wrong, only to attract further abuse

Three years ago, Hennelly came in for the All-Ireland replay against Dublin and in place of David Clarke, soon to be the season’s All Star, specifically because his kicking and restarts were deemed to be better. That it all went haywire for him is one of the better-known goalkeeping disaster plots, but his overall experience showed why Christy O’Connor may have a point when he questions the willingness of players in future to opt for the position.

The advent of social media has added layers to the public environment where players have to live and work and, above all, be scrutinised. It has intensified the blame games after big matches, which used to have just barstools rather than the worldwide web as its platform.

In 2016 Hennelly naively went onto Instagram to express remorse for what had gone wrong, only to attract further abuse.

Hurling hasn’t been hugely different, and in some ways the pressurised zone has been even more intense because the game initially didn’t simply judge goalkeepers on their ability to place puck-outs, but questioned them for even trying to do so.

The story in Dónal Óg Cusack’s autobiography of his father struggling to come to terms with his son coming out, placed it in the same context as the storms of disapproval that greeted the Cork goalkeeper’s pioneering short puck-out strategies.

To the contemporary viewer, the biggest adjustment has to be the abandon of the play

Hurling even more than football was a transfer game rather than possession-based. There has already been comment on the TG4 re-run a couple of weeks ago of the 1996 Leinster final between Wexford and Offaly.

To the contemporary viewer, the biggest adjustment has to be the abandon of the play. Ball is hit up and down Croke Park and the opposition catch it and drive it straight back down the field, making possession someone else’s problem or opportunity. Any ball hopping along the ground is not picked up, nurtured and hand-passed to a team-mate in space but simply pulled on to send it back where it came from as quickly as possible.

For goalkeepers the task was to get rid of the sliotar as far away as it could be hit. The modern requirement to pick out players and hit a precise pass into their hand or a short ball to a free defender hadn’t emerged at that stage.

This Sunday the latest All-Ireland hurling final will bring together two goalkeepers of contrasting experience: Eoin Murphy, the current All Star, and Tipperary’s Brian Hogan, for whom it will be a first senior All-Ireland and only a seventh championship match.

Think of the pair of them, as the match warms up, getting ready to puck out into a forest of hurlers, keeping calm to focus on finding one of their team-mates and the eyes of hundreds of thousands around the world watching to see if they can or what happens if they can’t.