Seán Moran: GAA eyeing up necessity for the ‘smack of firm government’

Governance issues in the association require the possibility of national intervention 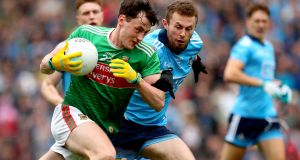 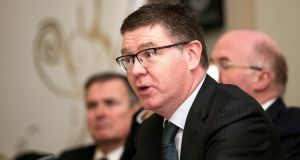 Director General Tom Ryan spoke about how he had approached the job of financial stewardship, saying that he had tried to strike “a balance between reassurance that everything was stable and giving the idea that we’re awash with cash”. Photograph: Laszlo Geczo/Inpho

In topical political terms, the GAA struggles more and more with the impulse to apply what hoax man of letters, Henry Root described in his admiring correspondence with then Pakistan president Zia-ul-Haq as “the smack of firm government”.

As the challenges multiply in governance terms – on Jones’s Road rather than Islamabad – the instinct to draw various units into the realms of tighter monitoring is understandable.

At this week’s launch of the association’s annual reports there was much positive news, especially on the financial front with revenues climbing and the bountiful resource that is Croke Park stadium continuing to perform and come up with good ideas to enhance profitability and therefore its capacity to add to the GAA’s financial fire-power.

There is though at the heart of these annual events a desire for stability and a distrust of extremes, be they the poor gate receipts of 2018 or the abundant ones of last year.

Tom Ryan poke about how he had approached the job of financial stewardship, saying that he had tried to strike `a balance between reassurance that everything was stable and giving the idea that we’re awash with cash'

Director General Tom Ryan, when he held the finance brief, had mastery of this topic, pointing out hail, rain or sun that the weather was changeable and unless trends changed, this would continue to the case.

He spoke on Monday about how he had approached the job of financial stewardship, saying that he had tried to strike “a balance between reassurance that everything was stable and giving the idea that we’re awash with cash”.

Two years ago that meant politely taking issue with the conjecture that the GAA would be rolling in money once the Super 8s were introduced. The reservations proved prescient.

“I think it will grow, but when we sat down to do our budget for the year – it’s interesting when you look at it; the games are going to come thick and fast this summer and even the most committed of patrons will have a job to get to every game once it gets to the quarter-final stage of things.

“So it’ll be an increase but I don’t think it is going to be the bonanza that at first glance looking at the number of games involved that we might have expected.”

As it happened, the gate receipts for the football championship that year, 2018, were terrible but it was chalked down to experience by Ryan’s successor, Ger Mulryan, who did a good job this week of maintaining equilibrium when this year’s accounts turned out to include record revenues.

In this world of calm waters, attendances are a constant potential source of turbulence. They are frequently dependent on something over which the association has no control – how fixtures take shape and are drawn out of the hat.

Mulryan spoke for instance at the launch of his report of a cloud on the otherwise bright horizon of rising attendances and gate receipts: “All-Ireland semi-final attendances have been fluctuating in recent years, which is a small concern in the future”.

Put another way, had Mayo done no better last year than in the first season of the championship structure currently under trial, the end-of-year figures would have been a little less rosy.

There were of course other less small concerns, such as the likely outstanding debt of €20 million on Cork’s Páirc Uí Chaoimh

Last August’s Dublin-Mayo semi-final was a sell-out. Twelve months previously Dublin’s match against Galway fell nearly 30,000 short of that. The good fortune of the replayed final between Dublin and Kerry was noted and priced at about €3 million in revenue.

In other words, get the wrong pairing and the gate receipts suffer.

There were of course other less small concerns, such as the likely outstanding debt of €20 million on Cork’s Páirc Uí Chaoimh, which was helped along by a litany of budget overruns to its revised expected cost of €96 million and the need for a supplementary loan of €10 million from Croke Park.

This has been a delicate matter for headquarters, trying to get on top of the situation without aggravating local sensitivities.

“A further important legacy of the project should be that crucial lessons are learned and that we change how future capital projects are managed. Future projects must be controlled centrally with appropriate oversight….

“Central Council funding must only be issued proportionately with progress rather than up front. Projects can only be permitted to start when all the funding is in place and not proceed contingent on future income.”

This precedent is all the more important given the other capital projects, currently in the pipeline: St Conleth’s Park, Newbridge; Walsh Park, Waterford and Páirc Tailteann in Navan.

This is to say nothing of Casement Park in Belfast, which was supposed to proceed in lock-step with Windsor Park and Ravenhill but instead got enmeshed in planning disputes and then the disappearance of the Northern Ireland executive. Costs have shot up in the near decade since and additional public support will be needed to make up the shortfall.

Ryan’s reference to governance in the GAA – that it means “not just doing the right thing but doing things right” – has many echoes around the country after national publicity on local issues in Galway and Mayo to name two of the most prominent.

Again, the solution advocated involves the smack of firm government.

“There is a proposal for your consideration [at annual congress later in February] that will significantly bolster our rules in this regard, allowing for national intervention in matters in a unit in certain circumstances. A further proposal provides for the appointment of independent persons to county committees and provincial councils. I ask you to give these measures your consideration.”

Sometimes equilibrium needs to be disrupted.