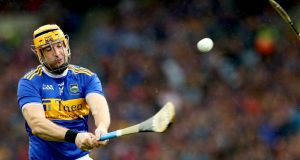 Tipperary’s Séamus Callanan: “It seems so long ago that we won the All-Ireland final. It seems like a lifetime ago now.” Photograph: James Crombie/Inpho

Tipperary captain Séamus Callanan is picking up the threads of a season that threatened never to happen. It’s a frustration in all the obvious ways but for a player who had his year of years in 2019 and is now 32, the disruption to building on the achievement has added to it.

He raised the Liam MacCarthy last year, scored a goal in every match, won a fourth All Star and after four nominations, finally became Hurler of the Year.

Now he and the team are about to begin the most speeded-up version of an All-Ireland defence in history in pursuit of an achievement the county hasn’t managed in 55 years.

The current season, split in two across a canyon of intercounty inactivity, is about to resume for Callanan with a dauntingly high-stakes first championship outing against their predecessors as champions and since Sunday back-to-back winners of the league, Limerick, who will have the advantage of a match under their belts.

“It’s a bit strange, it feels like it’s nearly Liam’s third season with us, as if this year is broken into two years. It seems so long ago that we won the All-Ireland final. It seems like a lifetime ago now, through the current circumstances.

“That’s the end goal for everyone [retaining the All-Ireland]. For us the step is to get to the Munster final, that’s the concentration now. You always say if you can win your first match it gives you good momentum going into the rest of the championship. That’s the sole focus.”

That’s how it was last year. Tipp came into the season as if fired into Páirc Uí Chaoimh by a cannon and topped the Munster round-robin with a 100 per cent record. Sunday’s opponents, however, delivered the most brutal reality check in the provincial final.

The counties meet in the semi-finals of this year’s sawn-off championship and in the eerily alien circumstances of no crowds and November hurling.

For Callanan the experience of the empty ground is familiar from the county championship this summer.

“It was probably a bit pleasant actually. You don’t hear the lads giving out to you! But actually it was very strange, I suppose if a point goes over the bar you kind of expect to hear some bit of noise about it; if a big hit goes in you expect to hear something.

“In a way you nearly have to create your own atmosphere on the pitch, with your team-mates.

“It will be strange for free takers not to have any noise when they’re preparing to take a free. I’m probably in a position where I won’t be hitting too many frees, so I’d say I’ll be all right!

“I won’t say it’s easier but sometimes you could take somebody in the crowd as a focal point for your free, or something going on in the crowd that you try and use for aim.”

He doesn’t mind the intense protocols and restrictions: “Once everyone is healthy and everyone’s happy, we’re happy to go ahead.”

For all the anxieties and outright strangeness of the year and its chill of ghost-town matches in what is usually the mad sweltering tumult of championship hurling, Callanan identifies the one thing that won’t change for Tipperary – or Limerick or any other county.

“At the end of the day your medal is going to be the same. Whether it’s a 2020 medal, it will mean the same so your motivation comes from within as well as from the people around you, and wanting to do the best you can for Tipperary. So that will always be there, and if it’s not there you’re in the wrong place.”