Players focus more on life outside game due to lockdown, says GPA 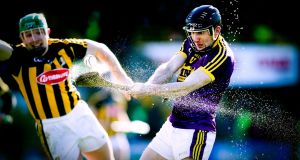 An eight per cent increase in player engagement with the Gaelic Players Association (GPA) in the first six months of 2020 is being attributed in part to a heightened awareness of a life and career outside of Gaelic games during the Covid-19 lockdown.

Figures released by the GPA showed 629 individual intercounty players sought some form of support from January to the end of June, up eight per cent on the same period last year. Of those who received support, 608 were current players, while 21 were former players.

“The increase in these figures can be attributed to many factors, but certainly the fact that players had more time to think about their personal and professional development during the Covid-19 lockdown has played a part,” said Ian Reeves, player development officer at the GPA.

“So too have the specific programmes developed by the GPA to support players during the crisis, such as the ‘Time 2 Thrive’ webinar series and the ‘Mental Fitness and Wellbeing’ webinar series.”

While the total player numbers engaging with the GPA were also significantly up last year (1,448 in all, up 31 per cent on 2018), the Covid-19 pandemic appears to have brought about an increased awareness of the need to explore options outside of Gaelic games.

In addressing some of the implications around these figures, Wexford hurler Liam Óg McGovern said players could no longer take employment for granted, either during or after their playing career, in the face of Covid-19, and also highlighted the increasing need not to make sporting choices at the expense of their professional lives.

“Education is something that personally every two years I like to tap into, do a course, just to keep myself sharp,” Óg McGovern said in an interview with the GPA podcast The Players’ Voice. “I suppose last year we were at four per cent unemployment in the country, and people were a little bit complacent in terms of job roles, and how available employment was.

The 29-year-old, who starred at midfield in last year’s Leinster final win over Kilkenny, is a senior account manager with Oracle, having completed an Irish Management Institute (IMI) Professional Diploma in Business Finance. He also pointed to the increased need for managers and coaches to be aware of life and career after Gaelic games.

“Just from a feel within our camp, I do feel that there is more of an emphasis on players focusing more on their career. I absolutely think players can concentrate and focus on their sporting career and simultaneously, equally if not more, on their professional careers as well. It’s something that I would have always been conscious of, in terms of, never making a decision that would jeopardise my professional career.

“I’d be very conscious of not putting all my eggs into the sporting basket because I feel your identity and your self-confidence can get very much tied into just the sporting world and a bad performance or a bad defeat can leave you, you know can affect certain lads quite badly and I think if you have a strong professional career to support that, your identity is not torn away just from your sporting performance.

“I think managers need to be aware of the different roles that players, their working life and the different demands of their jobs, taking into consideration every job is different, and there are different times of the year where there is more of a requirement on that player and just having an understanding of that and an empathy towards it can mean a lot to players, and certainly facilitate a better balance between the professional and sporting world.

“At the time, I’m sure looking back there were times when I was very busy with it and I questioned ‘Jesus, why did I get stuck into this at all?’ But once you get it done, you get it completed, you’re delighted with yourself, you’ve accomplished something. It’s confidence you’ve completed a course from a reputable course like the IMI. So I’d certainly [recommend] anyone who is listening and who is considering going back, don’t be hesitant, put your name forward and it will stand to you.”