They came within a score of reaching the All-Ireland final, a remarkable achievement 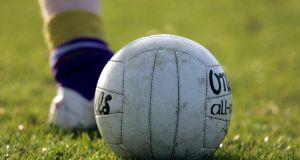 Longford won their only Leinster championship to date in 1968. File photograph: Inpho

Tuesday is the 52nd anniversary of a high water mark for Longford football. In August 1968, the county took its place for the only time in the last four of the All-Ireland championship and looked during the second half of the semi-final against Kerry to have picked up sufficient momentum to win.

For a county that had won only two provincial minor titles and the All-Ireland junior championship in 1937, coming within a score of reaching a senior final was a remarkable achievement.

One of the county’s most famous football sons, the late Eugene McGee wrote in his book ‘Classic Football Matches,’ “as it is obvious that counties with small populations are rarely in contention for the All-Ireland or National League. when such an event does occur it is worthy of special mention.”

He went on to say that the most notable example of this in the second half of the 20th century was the exploits of Longford “with a population of under 30,000”.

Kerry, who in 1968 had Mick O’Connell in fine form at centrefield, were favoured to see off the new Leinster champions.

Longford had produced a couple of good minor teams in the early 1960s as well as having one of football’s great academies, St Mel’s, in the county but the most influential move towards what is the county’s golden age was the appointment of All-Ireland-winning Cavan captain Mick Higgins as coach in 1965.

The team was well balanced with a full back line that starred in the Leinster final and an attack backboned by Jimmy Hanniffy and Mick Hopkins that was expected by some to do more damage than Kerry’s forwards, if they got a decent supply.

By half-time before a modest crowd of 34,053 (the other semi-final attracted more than 50,000 to Down-Galway) it looked over for Longford who trailed 0-6 to 2-7 but a great second-half revival with goals by centrefielder Tom Mulvihill and wing forward Jackie Devine, whose penalty put his team 2-10 to 2-9 ahead with just 10 minutes on the clock.

Kerry finished strongly however to out-score their opponents by 0-4 to 0-1 in the time remaining. The comeback “had all the power and majesty of the Kingdom’s football heritage and inevitably it overwhelmed gallant opponents,” wrote Paddy Downey in The Irish Times. The winners lost the final to Down but put the next two back-to-back.