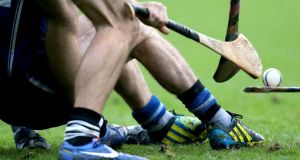 The GAA has made huge strides in coaching. Photograph: James Crombie/Inpho

Eoin FitzPatrick, a 30-something-year-old primary teacher, is the son of Eamonn (and Hannah). He was baptised or maybe dipped in the blue of his local GAA club, Cumann Barra Naofa (St Finbarr’s), on the south side of Cork City.

FitzPatrick has devoted much for his free time over the past two-and-a-half years stitching together a coaching plan for his beloved St Finbarr’s.

This is a great club which has fallen out of the habit of winning county senior championships. So FitzPatrick and his trusty committee of Tim Finn, Ivan O’Mahony and Brendan Ó Driscoll were volunteered to draw up the coaching road map which they hope will produce crops of players to put the club back into the champions category.

But FitzPatrick didn’t inhale this love of club from the Togher air. No, it’s in his DNA. Eamonn, the father, is blue to the core. He was a champion hurler with many county medals in a very large back pocket. His oration at the recent launch of the Todhcaí Gorm ( The Blue Future ) brought the house down.

Here is an excerpt.

“For as long as I remember the Barrs has been at the very core of what I am, for better or worse. I can honestly say that, after my family, the Barrs is and has been the most important thing in my life.

“Being a Barrs person and playing for the Barrs was never an option for me – it was ingrained from birth. My family were steeped in the Barrs and the parish tradition.

FitzPatrick, who was 13 years older than me, was a fine player, so from an early age I was going to matches watching him play for the Barrs and my sisters played camogie for the club.

“Seán Condon [Cork All-Ireland winning player and captain in the 1940s] was a god in our house – his feats were spoken of in revered terms. At that time, pre-television, the main conversation centred on how we would do in the county.

“One of my earliest memories is seeing the Barr’s beat the Glen in the 1955 replayed county final. I was four at the time. I can still see a bandaged and bloodied Mick Ryan [Tipperary All-Ireland winning player in the 1950s] starring at centre back.

“In the years that followed a brilliant Barrs team dominated football in the county. Stalwarts of that time continue to play leading roles in our club, people such as Donie Hurley, Mick Keating, John O’Driscoll, Mickey MacCarthy and current president Pat Lougheed.”

Those were the days. Eamon’s introduction to the hurling world was similar to most children of his generation. Coaching wasn’t in the hurling vocabulary.

We all know an Eamonn or an Eoin FitzPatrick. There are similar people in every GAA club in the country. They work tirelessly to better their clubs.

But to guarantee future success the modern club must be at the cutting edge as far as facilities and methodology is concerned. There are many alternative well-organised pastimes and attractions for the country’s children in 2014.

The days of all the children of the parish just turning up to play hurling is well gone. The game now has to be made attractive so that the children of the country at least try it out. This first introduction is so important. The coaching of these children is central to the future of hurling.

The GAA has made huge strides in coaching. It had its annual coaching conference in Croke Park in January. And this year the emphasis was on coaching children. Coaching is now divided into three categories: child, youth and adult.


Objectives
For the coach of the children the GAA’s objectives are clear. The association wants to introduce children to Gaelic games. It wants them to play Gaelic games and the majority to play their games; not simply the best who persist to elite standard.

The association wants them to learn new skills and attend training, enjoy each and every training session so they feel wanted and respected. The GAA wants them to improve and play games at every session; to be on teams where winning is not the primary concern. It wants them to continue playing when they get to the youth stage.

The reality is that the majority of children want to play and have fun, and so coaching with excessive emphasis on the technical requirements of the game tends to lessen motivation and enjoyment.

All very laudable and mostly achievable. But what about competition, winning and losing? The greatest challenge is changing the mindset of many of those adults involved in clubs (and many parents), away from the winning at all costs mentality for these child hurlers.

Keeping as many children as possible involved for as long as possible is key. The introduction to competitive games where winning and losing has an importance can come at youth level.

It’s a fair remove from Eamonn FitzPatrick’s entry into the hurling stratosphere, but that’s where it’s headed with people like son Eoin leading the charge.


Debate
There has been much debate and much written on Sky TV’s entry to that same stratosphere over the past few days. The pros and cons are out there.

Liam Ó Neill and Pádraig Duffy, who have been out to bat and defend the GAA’s case, have devoted much of their lives to the association. They are very unlikely to be swayed by filthy lucre or have any ulterior motives.

It’s a brave and, arguably, a necessary foray into the unknown. The worst case scenario is that it can be renegotiated again in three years’ time if the majority of members aren’t satisfied with where the association is heading.