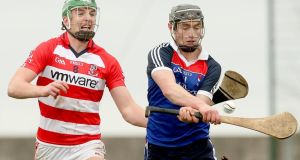 Colm Bonnar and Waterford IT have the scent of more Fitzgibbon Cup glory in their nostrils. Bonnar was captain in 1995 when WIT, then Waterford RTC, won a first Fitzgibbon Cup title – and he’s overseen their last five competition successes as coach.

The holders repeated last year’s final victory over Cork IT in the last four at Limerick IT yesterday. But they needed extra-time to get past a fancied CIT as Waterford trio Austin Gleeson, Pauric Mahony and Gavin O’Brien starred. Gleeson helped himself to 1-6, all but one point of that, a superb sideline cut, from play. Mahony hit six of his eight points from placed balls and O’Brien chipped in with four from play.

Bonnar said: “Austin is in his first year playing Fitzgibbon and sometimes it takes a second year time to get into the intensity of it. Sometimes he looks so skilful and you picture him in the summer time but he’s able to work hard too. He pulled off some tremendous catches under pressure and put over points under pressure.”

Some of their players, including Mahony, Gleeson and Dillon, will be playing their fourth game in seven days between college and county.

Bonnar added: “It’s a lot to ask of these players but we’re glad to be in this position.”