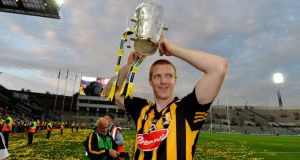 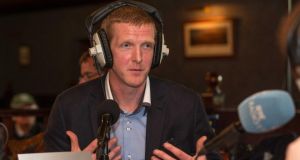 In a game played with sticks it’s less likely that names will ever hurt you, although in his 16 years of intercounty hurling, Henry Shefflin was never once called anything even mildly offensive. Nor indeed were any members of his family.

Because if sledging has become an increasingly ugly tactic in football, it’s never been a part of hurling – and that’s not just Shefflin’s opinion.

For Shefflin, who this Sunday makes his championship debut as a live match analyst with RTÉ, the nature and pace of hurling means no player is likely to be in your face for very long, although there also seems to be a level of respect for the opposition that has been eroded in football.

“To be honest, I’ve never come across it,” says Shefflin, who given his fame and role with Kilkenny might have been the first target for any verbal abuse. “You would come across the odd macho thing, more than anything else – a player saying ‘you’re soft’ or whatever – but that was basically it. I’m obviously reading what’s been said about football, and it seems to be getting personal, by all accounts. But I’ve never seen it on a hurling field, in all my years.

“With hurling, we don’t have that, because the ball is gone 50 or 60 yards and that’s it, the play is over that side. So I’d imagine that’s probably helping the game of hurling, that there’s not that same level of physical contact. I’m not saying that’s the main reason. Obviously if somebody is going out, and they have knowledge, and information, they are obviously premeditated in what they are going to do. That doesn’t make sense to me.

“But I think the constant pulling and dragging happens a lot more in football, and the ball moves a lot faster in hurling . . .”

Earlier this week Tyrone footballer Seán Cavanagh laid bare the extent of verbal abuse that is now considered normal in football, particularly when it comes to the Ulster championship. It’s got so personal, and dirty, Cavanagh suggested, the mental health of some younger or more vulnerable players may be badly affected.

Shefflin says if family and friends are being brought up in the course of any game then something needs to be done to stop it.

“ I swear to God, I’ve never come across that. You would hope that it just doesn’t creep into the game of hurling. And I don’t imagine it will. . . . I just find it absolutely crazy. There’s no place in the game for it, and I think that’s been the general consensus from everyone. I think management as well need to step up and say ‘Look, lads, this is not going to happen on my shift.’”

All this is backed up by Horgan, who again given his central role in the Cork hurling team – especially when standing over the ball too take a free – would appear to be the first candidate for any such sledging.

“Nah, it’s never happened me anyway,” says Horgan – also speaking in Dublin at a GAA-Centra sponsorship event. “I do see it in the football, and at the weekend, with Michael Murphy, and a man hanging off him. I don’t know how someone wants to go around doing that as a job. I’d have no time for it anyway.

“When it happens it’s not nice to even see it. Again, it’s probably harder in hurling, because the ball can travel so far so quick. But even when I’m taking a free, I’ve never had anything said to be. And even if something is said, you’d be able to block it out.”

“Definitely, if Clare are all on the one sheet, it can motivate you, pull you together. Because all teams are at a high level, and everyone is looking for that extra two or three per cent. So how to you find it?

“If it’s something like that then great, yeah. It all depends on how it was managed, what fella was upset, and was he friendly with someone else. And that’s very hard to gauge from the outside looking in.

“But I think things have settled down a lot in the last few weeks, and everyone is on the one sheet, pulling forward, and maybe, it could give them that extra two or three per cent they are looking for.