Who do the GAA top brass think they are by ignoring players?

The GAA propose to scrap the All-Ireland football quarter finals, to abolish replays and to move the hurling final forward. 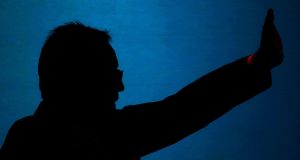 As a club player I hope that the ‘Super 8’ proposals fail at Congress this weekend in order to accelerate real change.

This Friday, while the top brass of the GAA are deciding upon the future of the senior football championship, club players the length and breadth of the country will be out battling the elements; running, tackling, kicking. And again.

No after-work pints here, but early preparations for the yet to be clarified club championship campaign, played some time in the summer. September could be free now, but I’m afraid that won’t change much.

Likewise on Saturday, there’ll be league games, challenge games, more training. More time given. While the suits take in a mass and make their decisions at Congress.

The build up to this weekend’s Congress has been as good as putting two fingers straight back up at all of those efforts. A total lack of respect to the players whose sacrifices encapsulate our fantastic games.

It’d be great to be able to freely book a summer holiday in advance this year. The lads are all off to Spain - among them a professional rugby player and local soccer players. But the club player has to wait, not go at all, or run the risk of missing the championship games we’ve trained for all year. No other sport dictates the life of its players like club GAA does.

How about if a player books his wedding for a weekend that looks sure to be open, only for the club championship to be fixed on the same date after a shock early exit for the county team? Either his team mates can’t attend or fully enjoy the occasion, or the club loses out.

The human element is being ignored, obviously enough when you consider that players are not at the centre of these talks. The cold truth is that the GAA calendar needs a total and well overdue revamp.

This Congress will not even facilitate a three minute expression from the recently formed CPA, who now represent all of 20,000 club players nationwide.

The aim is to force through proposals which were gathered without any sufficient player consultation.

Proposals which have been staunchly rejected by both the GPA and the CPA.

The voice of the intercounty and club players of Ireland will have a combined single vote (the GPA) between them at Congress.

“The idea of players participating in a competition with a revised format which does not have the support of over 70 per cent of squads is something the GPA finds impractical,” explains Chief Executive of the GPA, Dermot Earley.

The top brass of the GAA are totally out of touch with the reality of the situation. Who do they think they are? What sort of organisation allows this sort of disregard for democracy? An outdated one - one as totally outdated as the championship structures themselves.

The proposed scrapping of replays and changes to the All-Ireland final dates should see the intercounty season done and dusted by the end of August. Which does free up some more space for the club campaigns. But that is papering over the cracks.

It’s not that these reforms are going to make things worse, a fresh twist will of course increase interest (and by no coincidence revenues), but the problem is that the real issues are not even being addressed.

Clubs are still waiting for their respective county teams to exit the championship to know when their own championships will resume.

Having a near year-long season entirely dissected makes no sense

This is mid-summer for the vast majority of counties, and this uncertainty means that committed club players are putting their lives totally on hold for the guts of June, July and August, having already committed from January until perhaps October or even beyond that. Freeing up September eases some of the pressure but it doesn’t even begin to deal with the larger problem.

Having a near year-long season entirely dissected makes no sense. It’s an open invite for players to go to the USA, which disrupts things further for clubs. And it forces teams into a near constant state of pre-season, a constant state of standby, which is totally unfair. It’s no wonder that so many smaller clubs are struggling for players to commit.

There are in essence two seasons for club players. One is open to change. The other has an unknown start and finish date.

Worryingly though, so many club and county players are totally unaware of this weekend’s Congress. There’s a degree of apathy towards such issues at this non-GAA time of year.

Many of those who are aware are already numbed to the inevitable hardships that come with the territory.

Contracts for club players were the hot topic in January, but any player who commits to their club is in essence signing away their ability to plan anything outside of that team.

The demands on county players in terms of their physical and mental preparation is at an all time high, but they have a defined season. Club players do not. The demands on them are simply unrealistic.

The Meath manager Andy McEntee recently referred to the changes as a “money racket”, yet his county board are set to back the motion in Congress.This shows just out of touch the administration of the game is with the actual game.

Last year our club reached the county final in Roscommon, the season began in January and we were playing a league playoff in November. Our manager at the time Shane Curran gave us a free period in the summer, perfect to book holidays, to refuel. The intent was to view the club year as two seasons.

Fixture changes forced this period to change three times. That was a case of a manager being as flexible as he could to facilitate his players and yet still it was pointless. Fixtures were changed and plans went out the window. There’s never a happy compromise.

The CPA may be ignored this weekend but it’s up to every club player who wants a change to sign up. To get their team mates to sign up. To be vocal about them.

The fact that these proposals are being so warmly welcomed by some shows us how conformed we have become. The fact that the GAA are doing, anything at all, is being welcomed. But ‘anything’ is not enough.

The delegates are all brilliant volunteers and have all done thankless work for the GAA in their own right. But these decision makers aren’t putting in the runs, cancelling the flights and making the sacrifices. They aren’t reading over and over the fixtures, trying to figure out and predict what will be played when and where.

A stepping stone needs to be at least going in the right direction. This is not. Big change is needed, and I for one am not welcoming change for the sake of it.

Message to the GAA: Listen to, and start respecting your players.