‘Lack of sufficient and meaningful consultation with players regarding all aspects’ 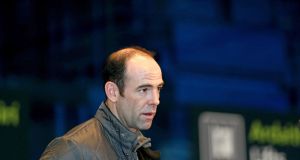 The Gaelic Players Association (GPA) has confirmed that they will be calling on this weekend’s GAA Congress to reject the so-called ‘Super 8’ phase of the football championship.

However, changes in relation to bringing forward the All Ireland finals from September to August and the proposal for extra time to decide all drawn games, with the exception of finals, “have been unanimously welcomed by all inter county squads” - the association explained in a statement released on Thursday morning.

They say that while they do welcome “changes to the status quo, the proposals put forward by the GAA are not sufficient to support the growing consensus for change among players at both county and club level and administrators and supporters.”

The five reasons for the GPA’s decision are as follows:

1. The lack of sufficient and meaningful consultation with players regarding all aspects of the proposal.

2. The fact that the proposals offer little by way of change for lower ranked counties who are traditionally less successful than those competing at the latter stages of the championship.

3. The motivational impact for players competing at the lower end of the Championship which may be negatively impacted leading to concerns about the longer term sustainability of the football championship.

4. The fact that the proposed format will do little to alleviate the increasing gap between higher and lower ranked counties.

5. The reality that there will be no incentive for provincial winners over other teams who qualify for the quarter-final stage. Provincial winners would now have to play an additional three games in order to reach the semi-final.

Commenting on the proposed revised format the Chief Executive of the GPA, Dermot Earley, said : “The inter county game is the pinnacle at which players at all levels strive to play at. The idea of players participating in a competition with a revised format which does not have the support of over 70 per cent of squads is something the GPA finds impractical.

“The GPA is calling on delegates to oppose the motion being put to the GAA Congress this weekend.

“The GPA is reiterating the need for meaningful collaborative engagement with all stakeholders to bring about agreed change which is critically important to the future of our games.

“The GPA feels that any change should also be cognisant of the impact on all competitions including the All Ireland Hurling Championship, Christy Ring, Nicky Rackard and Lory Meagher Cups.”