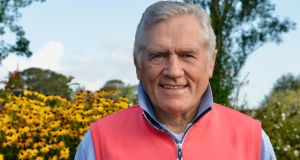 Ger Power laughs as he recalls the oft-told story about the holiday the Kerry senior football team had planned if they won a fifth successive All-Ireland title back in 1982.

At a time when most Irish people struggled to afford a foreign holiday of any sort, the Kerry team was planning to take a trip to Bali in Indonesia once they had beaten Offaly in that year’s final and made GAA history.

“First it was Bali, then it was Ballybunion after we lost,” he said.

In Kerry, however, they remember the ones that got away as much as the ones that did not, and the losses do not come any more painful than the 1982 final.

Power, a retired civil servant, recalls the hype in the lead-up to that game with the five-in-a-row songs on the airwaves and commemorative T-shirts doing the rounds. The hawkers were cleared from outside Fitzgerald stadium by Kerry manager Mick O’Dwyer lest their confidence jinx the team.

The panel, Power says, stayed focused on the Offaly match and were not overwhelmed by the pressure of being the first team to win five in a row. They were still winning with just two minutes to go when Offaly substitute Seamus Darby landed the sucker punch of all sucker punches, evading the much taller Kerry full-back Tommy Doyle and then finishing past goalkeeper Charlie Nelligan.

Even then Kerry had a chance to draw the game, but Mikey Sheehy’s despairing kick dropped short.

“On the day we left it after ourselves,” Power says. “We got a bit defensive in the last few minutes. Once we got ahead, we should have stayed ahead.

“What is it now, 37 years? We were disappointed that evening. Naturally when you play so long, you get used to the ups and down in Gaelic football, but at that level you are going to win and lose. We did win a lot more than we lost.”

Most Gaelic football observers regarded the Kerry team Power played on as being the best of all time. But now a Dublin team is gunning for five.

Who would win a notional match-up?

He qualifies his comments by stating that if it was a match based on the traditional skills of Gaelic football, catching and kicking, Kerry would win, but they could never live with the pace and athleticism of this Dublin team.

“I think today there are so many fellows in the dressing room and so many fellows behind the scenes like the psychologists and physiotherapists. We had only Mick O’Dwyer. That was it.”

Power believes the current Kerry team “will go down in history as the greatest Kerry team ever if they win this match because the odds are totally against them. We can only hope that it will be a close match until the end.”

No Kerry team has ever gone into an All-Ireland as such underdogs, with Dublin rated as 1/5 favourites with a major bookmaker. But, as Power found out himself 37 years ago, upsets can happen.

“They might be beaten, but they have no fear. I think all those Kerry players think they can win the match.”