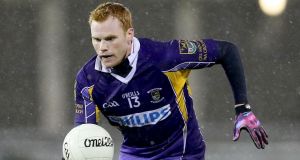 Ballyboden St Enda’s progressed to the quarter-finals of the Dublin Senior Football Championship following their controversial 2-9 to 0-12 victory over Kilmacud Crokes at O’Toole Park on Saturday afternoon.

Last year’s beaten finalists dominated from the opening whistle and they deservedly led by 0-7 to 0-1 after 20 minutes with Mark Vaughan kicking four points, including two sublime efforts from play.

That deficit was whittled down further as Basquel, Keaney and Andrew Kerin all added scores upon the restart before the game’s major turning point arrived in the 54th minute.

Ballyboden took full advantage of their numerical superiority in the closing stages with Kerin’s goal in the 61st minute added to by points from Seán Gibbons and Donagh McCabe ensuring their progression into the last eight.

They were joined in the draw by Parnells who were indebted to 1-9 from Conor Mortimer as they strolled to a facile 1-22 to 0-5 win over Templeogue Synge Street at Parnell Park.

Jonathan Bealin, John Dignam and Colm Begley all kicked three points for the Coolock men, who proved far too sharp for a Synge side missing both Denis Bastick and Eoghan O’Gara.