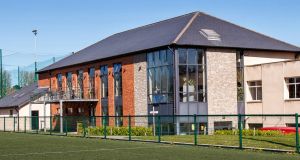 The Na Fianna clubhouse in Glasnevin, Dublin. “I’ve seen Na Fianna grow from a small almost rural club on the outskirts of the city centre in the 1960s to being one of the largest GAA clubs in the country with surging numbers”

The GAA is concerned about the disruption to Dublin’s GAA community due to plans to requisition Na Fianna’s pitches in Glasnevin as part of the Metro Link construction due to start in two years.

GAA director of communications Alan Milton said the association was following developments closely, and pledged support for the club.

“First and foremost,” he told The Irish Times, “the GAA is very concerned about the implications for what is one of the biggest clubs in the country. Already Na Fianna are stretched for facilities given the size of their membership and number of teams. We will be giving the club every support while they ascertain the precise impact of the proposal on their facilities and the community.

“It has come as a particular shock that the club was only informed two days before the official launch of the project.”

As coincidence would have it, the new GAA president John Horan is a long-standing member of the club, and managed its football team at one stage. He outlined his debt to the club in his inaugural address at February’s annual congress.

“Alongside the dedication of the Christian Brothers and lay teachers of St Vincent’s, it was the volunteers of Na Fianna GAA club who lit a flame and an interest in Gaelic games inside me and my friends.

“I’ve seen Na Fianna grow from a small almost rural club on the outskirts of the city centre in the 1960s to being one of the largest GAA clubs in the country with surging numbers. That successful level of growth has brought challenges and demands on its members, and is a challenge that has been faced by many clubs.”

Minister for Finance Paschal Donohoe is also a member. 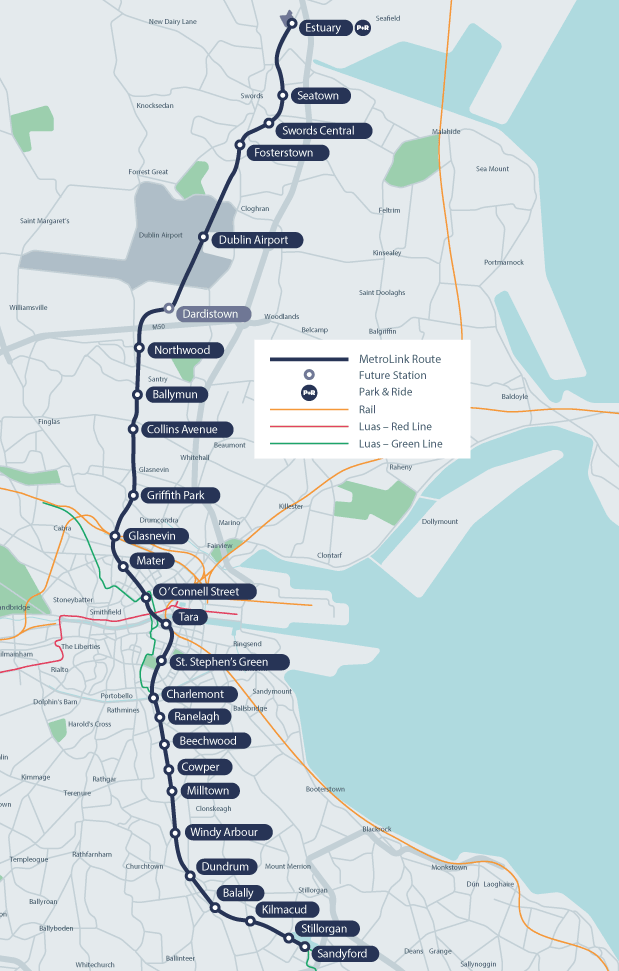 Another member of the club, Dublin All-Ireland medallist Jonny Cooper expressed his anger on Twitter, and called on Minister for Sport Shane Ross for an explanation.

“The NTA are forgetting to mention they are TAKING our main GAA pitch and 2 all weather pitches from @clgNaFianna. We cater for 125 teams & have over 3,500 people from the community ENGAGED. This project is supposed to bring people together not force US apart. @Shane_RossTD ??”

According to the club website, the news was communicated to the club within 48 hours of the project’s official launch on Thursday, less than a week after Na Fianna were told that the project would impact on them at all.

“At a meeting in Mobhi Road on Tuesday night, March 20th, members of the Na Fianna club executive were advised by representatives from Transport Infrastructure Ireland (TII) that the construction programme for the proposed Metro Link (formerly known as Metro North and due to commence in 2020), would involve the requisition of the front pitch and both all-weather pitches on Mobhi Road as well as Home Farm’s soccer pitch.

“The front pitch and both all-weather pitches as we currently now know them would become a tunnel boring depot for the duration of the Metro Link construction project, with a permanent underground station being situated under Mobhi Road upon completion.

“The first contact that the club had with TII was through a phone call received at approximately 4.30pm on Friday, March 16th, bank holiday weekend. This was the first time the club was alerted that the new Metro Project would have any implication for the club.

“TII requested the meeting, mentioned above, where we were informed of the severe impact the proposed project would have on Na Fianna’s home.

“The club is naturally very concerned and alarmed with this news. We are also deeply disappointed by the lack of respect afforded that a decision of this magnitude was advised to CLG Na Fianna less than 48 hours prior to the formal Government announcement.

The news comes as a major worry for the club at a time when urban sports facilities are under constant threat from the value of residential property in cities and suburbs, which militate against the acquisition of land suitable for sports.

“The executive committee are fully aware that this development has huge implications for CLG Na Fianna and its members,” continued the club statement. “CLG Na Fianna is currently examining the plans in detail, engaging with important stakeholders, and exploring a range of possible actions. We would encourage all members to access the website (www.metrolink.ie), view the documents and to inform themselves as much as possible.

“A members’ information evening will be arranged in the coming weeks subject to the full facts of the proposal being examined and a suitable venue sourced, and out of this a strong unified approach will be adopted. Ní neart go cur le chéile.

“Please be assured that members will be kept up to date on progress, and further communications will be issued as appropriate. In the meantime normal service continues on Mobhi Road.”