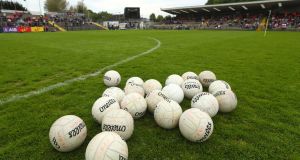 When the finance for Games Development and coaching grants were tallied from 2007 to 2018, Fermanagh received the least of all 32 counties Photograph: James Crombie/Inpho

The issues of clarity and equality in GAA funding has been called into question by the chairman of Fermanagh’s supporters’ fundraising club.

Ger Treacy, chairman of Club Eirne, which donated an impressive €270,270 to the Fermanagh county board in 2019, has raised questions about the level of funding granted to counties, gate receipts, and coaching and games development at a time when preparation of intercounty teams is closing in on €30 million.

“There are so many things you can question in the GAA in terms of equality. Those decisions will be made by the powers that be in Croke Park,” explains Treacy.

“We could give you numerous examples of when we went to Croke Park looking funding for X, Y and Z and it hasn’t been forthcoming. But you have to look after your own house, there is no point in relying on grants and handouts because they are not forthcoming.”

Treacy stated: “Out of the coaching funds, the historical decision was taken by (former Taoiseach) Bertie Ahern (to fund Dublin coaches) that kept rolling forward. I don’t see that changing and that’s fair enough, I don’t mind that because you look at the positive benefits it has had on the young people of Dublin, leaving aside the success they have had, but the positive impact it has had on the lives of many, so that’s good and I wouldn’t want that changed.

“But what I would want to see is some sort of equilibrium across the board. We also in the smaller counties, that we get the same support that the Dublins of this world get.”

Treacy’s resolve to do something to help his native county was borne out of a spell in Peter Canavan’s backroom when the Tyrone great was Fermanagh senior county manager in 2012 and 2013. “The money wasn’t there and we needed to put a system in place whereby we could look after our own business and I suppose that’s where Club Eirne came in.”

Treacy founded the fundraising wing and at the same time a review into coaching in the county was conducted by Wexford native Micheál Martin on behalf of Croke Park. His findings suggested they should petition Croke Park for funding of two full-time coaches, but that request was turned down, leading Club Eirne to press ahead and fund the roles themselves.

While Director-General Tom Ryan’s suggestion that a cap be imposed on funding the preparation of intercounty teams met with derision by the Gaelic Player’s Association, Treacy’s time at the coalface leaves him with an altogether different view.

“It’s been mooted for some time when you see the disparity between what the likes of the Dublins, Mayos and Tipperarys are spending, compared to maybe the likes of Leitrim and the Fermanaghs of this world,” he says. “It brings me back to the point that there is no level playing field, across a few areas of the GAA.

“We have to live with that. The people who are involved with Club Eirne and the people putting money into Club Eirne won’t be able to change that. Change will only come from the top down, unfortunately; it doesn’t work from the bottom up, in my opinion. We just to have to take our medicine and put our own house in order in terms of trying to continue and promote everything that is good about Fermanagh GAA.”