Ross O’Carroll-Kelly: ‘I’m not having a Terenure College Christmas tree in the house’ 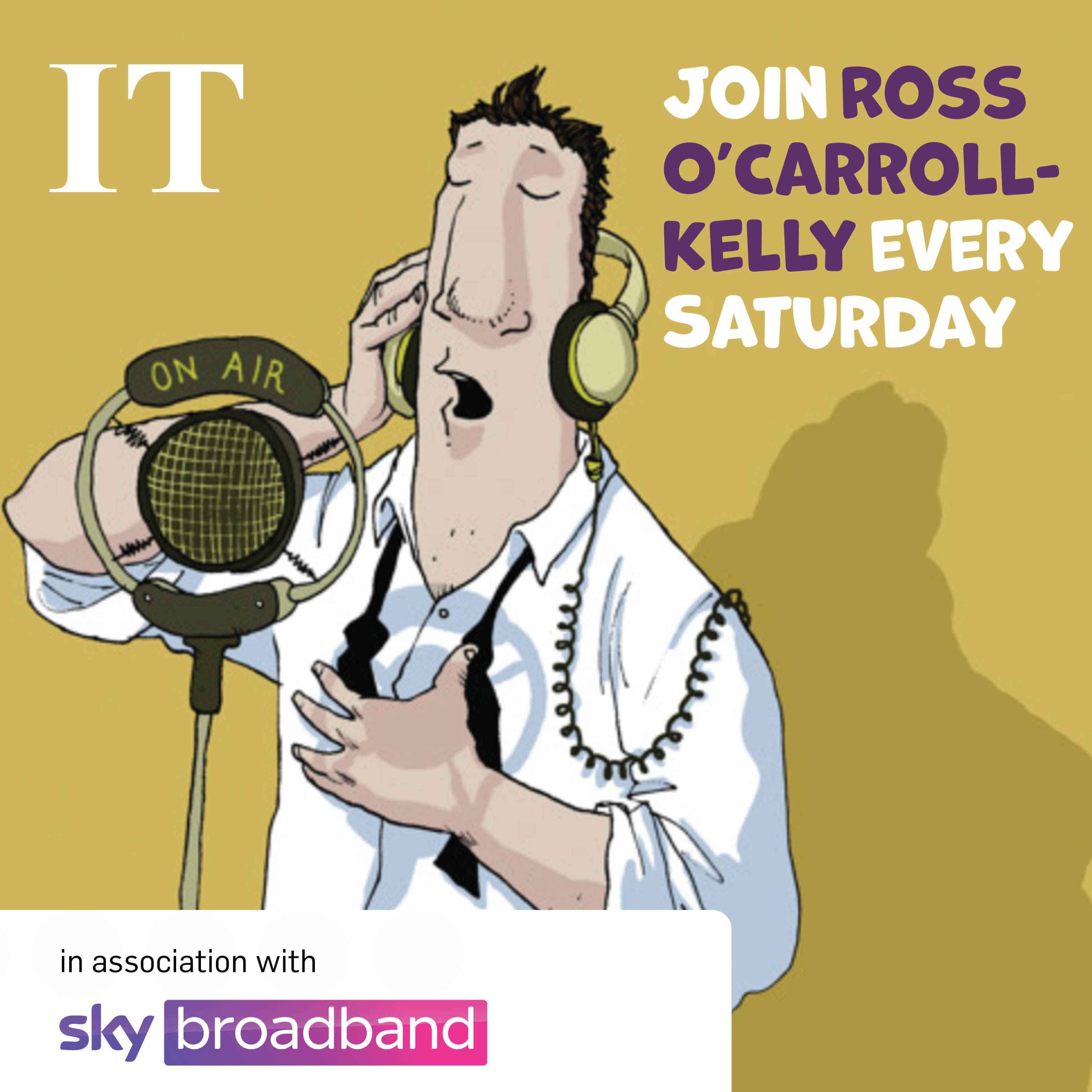 “Corlow?” Sorcha goes – clearly worried about me. “Why on earth do you want to drive all the way Corlow for a Christmas tree when we can buy one three minutes up the road in Terenure College?”

I’m there, “I’m not having a Terenure College Christmas tree in the house.”

“Oh my God, Ross, everything doesn’t have to be about rugby.”

Ross O’Carroll-Kelly: Sixmas is what I call the Six Nations Championship – the most wonderful time of the year

Ross O’Carroll-Kelly: ‘Would I have to take my top off for any of these jobs? That wouldn’t be an issue for me. I’m in incredible shape’

Ross O’Carroll-Kelly: If women’s rugby is ever going to be treated seriously, they’ll have to embrace the whole obnoxiousness thing

Ross O’Carroll-Kelly: I silently curse myself for giving St Michael’s College credit that they don’t deserve

“Well, we are not driving all the way to Corlow. We’ll go to Stillorgan.”

Yeah, no, the famous Mickey Marbh. Out of the corner of my mouth, I’m like, “Will that give us enough time?”

She’s talking about Ronan’s mate, Buckets of Blood. Long story short, our former neighbours on the Vico Road are paying him a grand to break into the gaff that we’re renting in Terenure, then switch on all the taps to flood the place, so we end up getting evicted and having to return to Killiney with our tails between our legs and with Sorcha’s plans to knock down the house and put aportments in its place thworted for the time being.

Sorcha’s like, “Oh my God! We always got our tree in the church cor pork when I was a little girl!”

So we hop into the cor – we’re talking me, Sorcha, Honor and the triplets – and Sorcha points it in the direction of Dalkey. We’re just turning on to Castle Street when I get a text from Buckets himself.

It’s like, “I’m in!” like this is somehow an achievement? I left the key under the focking mat.

I text back going, “You’re late! At this rate, we’re going to be home in, like, half an hour!”

Sorcha turns into the cor pork and I go, “Hey, before we get the tree, do you know what we should do? We should swing into the Country Bake for, like, hot chocolates with, like, morshmallows!”

Sorcha’s there, “I don’t know, Ross. I don’t want to run into any of the old neighbours, given the circumstances in which we left.”

So up to the Country Bake we trot. As we’re queuing for our drinks, we notice Liadan Redmond, the most insincere woman in Dalkey – and that’s quite the field – standing just in front of us in the queue. She goes, “Sorcha, Lalor! You mustn’t be eating! You look fab-a-lous!”

Sorcha flushes with, I don’t know, pride? She goes, “Oh my God, Liadan, if anything, I’ve put on weight?”

“Well, either way, it’s so good to see you. I said to the girls the other day, wouldn’t you miss seeing Sorcha Lalor around the village all the same?”

Little Brian looks at her and goes, “You’ve a focking head on you like a bag of limes.”

I end up bursting out laughing. All Liadan says is, “They’re an absolute hoot, those boys, aren’t they!” and then off she focks with her Fraisier cake.

As we’re leaving with our hot chocolates, Sorcha goes, “Oh my God, Ross, Liadan thinks I’ve lost weight!” and, at that exact moment, I get another text from Buckets.

It’s like, “I’ve turned on all the taps but the water pressure’s not great in Terenure.”

I text back, going, “Nothing’s great in Terenure,” because I never can resist an opportunity.

He’s like, “It’s gonna take a while but. I’ll text you when the house is flooded.”

‘Fock Santa!’ Leo shouts, while – true to form – everyone else picking out trees pretends not to hear it.

“The church?” Sorcha goes. “I thought you were an atheist.”

Sorcha’s like, “Oh my God, the Christmas choir are rehearsing! I was in it for, like, 15 years!”

So that’s what we end up doing. They’re singing – yeah, no – O Holy Night and it’s a song that’s always done it for Sorcha. We stay until the end, then Eibhilinn with two N’s – the head of the choir – goes, “Is that Sorcha Lalor I see or did I have too much mulled wine?”

Sorcha laughs and goes, “Yes, it’s me, Eibhilinn with two N’s! We’re just back to buy our Christmas tree.”

Eibhilin’s there, “You must come back to the choir, Sorcha!”

“I’d love to,” Sorcha goes, “but we’re living in Terenure now!” and you can see the men and women of the Dalkey Christmas choir thinking, ‘Merciful God – help them!’

Eibhilinn with two N’s goes, “We all miss your gorgeous, gorgeous voice!”

We tip outside, still sipping our hot chocolates, and we make our way over to Robbie, the dude who sells the trees. I pick one out – a humungous one – while Robbie looks at Sorcha and goes, “How are things, Sorcha?”

“Of course I remember you! Sure weren’t you coming to me for years with your mammy and daddy! The first time you couldn’t have been much older than the boys there. You used to tell me what you were getting from Santa!”

“Fock Santa!” Leo shouts, while – true to form – everyone else picking out trees pretends not to hear it. “Fock Santa and the focking reindeers he rode in on!”

“That’s such a lovely thing for me to hear,” Sorcha goes.

Ten minutes later, I’m fixing the tree to the roof of the cor. When I get in, Sorcha is just, like, staring silently through the front windscreen with, like, tears in her eyes? Honor is sitting directly behind her, looking so happy that she might actually herniate herself.

“We made a mistake,” Sorcha goes, “in leaving.”

I can feel the corners of my mouth twist into a smile.

I’m there, “I thought you said Terenure had a lot going for it,” and I’m not proud of myself for rubbing her nose in it. “There’s a 3fe and talk of a Donnybrook Fair by 2047.”

Sorcha goes, “These are our people, Ross. Let’s move back.”

At that exact moment, I get a text from Buckets of Blood. He’s like, “Someone’s called the cops! They’re outside, Rosser!”

And I text back, going, “Sorry, Buckets, you’re on your own, Dude.”