‘On current projections we are heading for the worst of both worlds in the next Dáil: a populist government and a populist opposition’ 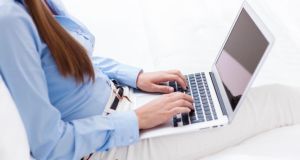 ‘The apparent end-point of “new media” was articulated by digital entrepreneur and “King of Clickbait” Emerson Spartz in an interview in the New Yorker earlier this year.’ Photograph: Getty Images

There was once a time when popularity was viewed as suspect. “Popular culture”, for example, was what you called stuff that people liked but was generally rubbish. It was distinguished from actual culture, which people had to learn to appreciate and which could be measured by objective standards.

Similarly, popular – or populist – governments were what you called jingoistic if not dangerously nationalistic entities which pandered to citizens’ basest instincts. The Brazilian educator Paulo Freire captured some of the wariness of a previous generation of populism when he said: “The multitude is always in the wrong.”

Advancing this sort of argument today, however, makes you elitist or supposedly anti-democratic. Popularity is assumed to be a good thing. More than that, it has become a distinct measure of quality.

An everyday example is in news media. Even organisations like The Irish Times, which aspire to values such as “quality and integrity”, highlight the “Most Read” and “Most Discussed” articles. The merit of each story is judged at least partly by the traffic it generates, and while newspapers like this one may demonstrate independent editorial judgments, the industry tide is flowing one way.

The apparent end-point of “new media” was articulated by digital entrepreneur and “King of Clickbait” Emerson Spartz in an interview in the New Yorker earlier this year. “The way we view the world, the ultimate barometer of quality is: if it gets shared, it’s quality. If someone wants to toil in obscurity, if that makes them happy, that’s fine. Not everybody has to change the world,” said the man who brought you such stories as: “19 pictures that you Can’t not laugh at” and “At first it looks like a normal car . . . and then you throw some water on it! Whoa.”

The notion “popularity equals value” is a core doctrine of social media. It’s no exaggeration to say that on Facebook the number of “likes” is the defining measure of worth. This has the effect of pushing other values – like honesty, integrity or critical thinking – to the margins.

An example of this dynamic was revealed before a court in Bradford, England, earlier this month where a student was sentenced to 11 years for a racially motivated attack on his teacher. The 14-year-old went on Facebook after the stabbing to boast about having “put a knife in his [teacher’s] tummy”. It got 69 Facebook “likes”, something the judge described as an “appalling reflection on a small microcosm . . . of society”.

In fact, it was a reflection of a psychology intrinsic to social media. People instinctively “like” other people’s “likes” – there is a reinforcement of popularity without critical reflection – and the person “liked” gets some vicarious pleasure or sense of purpose.

A deeper analyst than I might associate this fixation on popularity with a crisis of values. We have no faith in objective standards so we rely on the market of public opinion to determine right and wrong.

Accepting that popularity is a very poor guide to quality, it would be advisable for us as individuals and a society to develop defence mechanisms against the fashionable. Pay less attention to league tables and lists. Encourage our children to speak up against the crowd. Or brush up on the Stoics who will teach you the folly of investing your self-esteem in something so completely out of your control as public opinion.

But there’s a political message here too. Think of the most popular governments in Irish history and you’ll think of administrations that almost brought us to ruin: Jack Lynch’s Fianna Fáil majority government of 1977-1979 and Bertie Ahern’s coalition governments of the Noughties.

As we approach the next general election, the usual promises are being made as politicians hope to get the most “likes” in the ballot box.

Fine Gael is talking about cutting taxes, for example, and it’s no coincidence the party has got a lift in the latest opinion polls.

Here is where democracy runs into a problem because the greatest challenges facing us as a society, and as a species, call for unpopular political decisions. What politician will get elected advocating higher carbon taxes, for example, or reducing consumption?

On current projections we are heading for the worst of both worlds in the next Dáil: a populist government and a populist opposition.

For the electorate, it’s very tempting to concentrate on short-term interests; to vote for the popular candidate.

But is this really the best way? If you want politicians of substance, principle or integrity, vote for the one who tells you what you don’t want to hear.

Noel Whelan is on leave

1 US presidential debate: who won, was it any good, were there any surprises?
2 Sleeping father was unaware partner and baby dead until gardaí called to raise alarm
3 Two hundred Irish retailers for all your online Christmas shopping
4 Man who loses bag with €40,000 of cocaine rings gardaí to report it missing
5 Hand sanitiser used in some schools can cause headaches and respiratory problems
Real news has value SUBSCRIBE