Why would voting Biden not fall in line with Catholic teaching?

If Amy Coney Barrett is acceptable to Catholic bishops, Joe Biden should be too 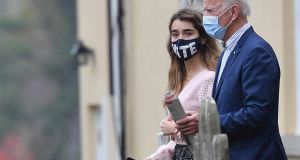 The nomination of Amy Coney Barrett to the US Supreme Court has provoked much discussion, and a key question is whether her Catholic moral beliefs will affect her legal decisions if she is appointed.

Specifically, it’s asked whether, given Catholic teaching on abortion and on homosexuality, she must seek to reverse decisions that have led to a liberalisation of the law, a question often put during the Senate Judiciary Committee hearings.

Even as she declined to give a view on matters that might come before her in court, Barrett was adamant that her decisions won’t be determined by her Catholic beliefs but will be based solely on the US constitution and the laws.

The distinction implied in her position, between personal moral conviction and responsibilities under the constitution, isn’t new. For the question of a Catholic candidate’s suitability for high public office is long familiar in the United States, first attracting public attention when Al Smith was the Democratic presidential candidate in 1928.

It arose again when John F Kennedy ran in 1960, and again in 1984, in connection with the vice-presidential candidacy of Geraldine Ferraro; reappearing when John Kerry was Democratic candidate in 2004, and now again for Joe Biden.

Kennedy, too, distinguished between his personal beliefs and his responsibility under the constitution. But when Ferraro invoked that distinction, it was repudiated by the then archbishop of New York, Cardinal John O’Connor, as it was by several high-ranking churchmen in Kerry’s case.

Kennedy’s use of the distinction was acceptable to church leaders at the time, and in fact his position and Barrett’s are more consistent with mainline Catholic theology than was the approach of those who opposed Ferraro and Kerry, or who question Biden’s faith.

Inside Politics · A dramatic week in Covid, Brexit and the US election
See Swing State Polls

And it might be asked what the difference is between the judge’s stance and that of the politicians who have relied on the same distinction.

No doubt some think that a properly formed conscience must reject a pro-choice candidate, but that is not a necessary implication of the teaching in 'Forming Consciences'

Cardinal Dolan of New York is among the senior prelates who have signalled approval of Donald Trump’s candidacy, at least partly on the basis of his professed pro-life agenda, understood as above all an opposition to abortion.

Their approval is matched by the interventions of some of their colleagues who would deny Biden access to Communion because he and his party stand upon a pro-choice platform.

Some wonder, however, about the congruence of these positions with the teaching of “Forming Consciences for Faithful Citizenship: A Call to Political Responsibility” from the Catholic bishops of the United States, a statement published every four years in advance of the presidential election since 2007.

This is a wide-ranging document and it works with a broad moral canvas; not disguising what it regards as the pre-eminence of the issue of abortion, yet clear that “the responsibility to make choices in political life rests with each individual in light of a properly formed conscience, and that participation [in political life] goes well beyond casting a vote in a particular election”.

No doubt some think that a properly formed conscience must reject a pro-choice candidate, but that is not a necessary implication of the teaching in “Forming Consciences”, the cumulative import of which is that a Catholic may in good faith vote for Joe Biden, as Cardinal Tobin of Newark said last month.

John Kennedy’s stance was influenced by the thought of John Courtney Murray SJ, a key figure in the drafting of the Second Vatican Council’s “Declaration on Religious Freedom”.

Relevant also to a Catholic approach is what the council elsewhere called a “rightful autonomy of earthly affairs”. This doesn’t mean that law-making is exempt from moral criticism, or that legislators voting on a measure may “leave their consciences at the door”, to use an expression often heard in lazy commentary. But it brings to mind an analogy proposed by St Thomas Aquinas in discussing whether or how positive law is derived from the moral law.

Aquinas likens lawmaking to the art – his word – of someone who has to decide what shape the general form of a house is to take in a given instance. (Think of the difference between a detached and a semi-detached house, a house in an estate or on a terrace, one in the town or in the country.)

A lawmaker’s concern is with the common good, which in Catholic thinking is often summarised as the requirements of peace, justice and public morality; all moral values which are made concrete in varying contexts, and whose concrete shape in any particular context is a matter for the legislator’s conscientious judgment.

One supposes that the analogy holds also for a judge, called to apply the law to concrete situations, which is why I said that in this matter Barrett’s position, like Kennedy’s, is consistent with Catholic teaching and mainline Catholic theology. And it seems that it is acceptable to church authorities.

But if so, why not Joe Biden’s?