Why it makes good sense to have a rainy day fund 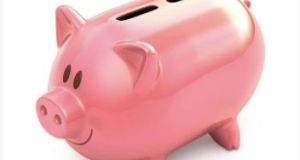 What would be the basic goals of the rainy day fund? To smooth out economic ups and downs? Or would it be a piggy bank only to be smashed open in an emergency?

There is a long tradition of interviews with the Taoiseach and senior Government Ministers over the Christmas period. This year a key message from the Government is that there may be a need for restraint in tax and spending policies next year, as economic growth continues apace. Taoiseach Leo Varadkar was at pains to point out that expected tax cuts of €1 billion could not be guaranteed in next autumn’s budget, while Minister for Finance Paschal Donohoe has said he does not want to add “fuel to the fire” of a fast-growing economy.

This debate is now framed as being about whether the economy is overheating. Like a car engine, an overheating economy risks bellows of smoke and trouble if it goes on too long. It is generally defined as being a situation where demand in an economy is running ahead of its productive capacity, often leading to inflation in prices and wages. Serious overheating generally comes to a sorry end, as we saw in our housing market a few years ago.

But judging the position of the economic cycle is tricky. And getting stuck in this argument of whether we are overheating or not risks missing what I think is one of the key issues. It is that whatever our current position, we need to work to “future proof” our public finances. We need to get our national debt down and as part of this put in place a proper cash fund to help to act as a buffer. This can be done without compromising the need to invest more in areas such as housing and public transport, certainly if current growth rates continue.

Our current position remains vulnerable, despite the enormous progress of recent years. When the last crisis hit, our national debt was about a quarter the size of our annual GDP. Now, using using the new indicator of national income developed by the Central Statistics Office, the figure is more like 100 per cent. Our national debt burden, equivalent to about €42,000 a head, is near the top of the table for industrialised countries. Remember, we had €22 billion in the State’s national pension reserve fund when the crisis hit, not enough to avert a bailout but without it the State’s financial position would have been an awful lot worse.

Now the Government has promised to push ahead with the establishment of a new rainy day fund, initially promising that €1.5 billion would be paid in from the Irish Strategic Investment Fund (ISIF), which was set up to invest what was left of the State’s pension reserve fund cash in Irish businesses.

But as the Irish Fiscal Advisory Council, the independent budget watchdog, has pointed out, the way this rainy day fund will operate is still far from certain and the Government’s commitment to it has weakened since it was first announced. Former minister for finance Michael Noonan announced the initiative in 2016, promising to divert €1 billion a year into it after 2019. By mid-2017, the figure had slipped to €500 million a year, as the Government wanted to free more cash for investment. In the budget, the commitment was further trimmed to a maximum of €500 million a year.

As now outlined, the fund risks being an irrelevance, holding some €3 billion at most by 2021, enough to support investment during a downturn for just a year or two.

It strikes me that there are two issues to be decided. One is how can we draw on the resources we have in case there is no agreement in the Brexit talks and Britain leaves in March 2019 without a deal or any transitional arrangements. This is still very possible, despite the deal reached in December to proceed to phase two of the talks.

A hard Brexit would hit Ireland’s economy and its public finances. So we need to assess what cash and assets we have. These include, for example, €8.5 billion in the ISIF’s investment fund, much still in cash or liquid assets, as well as the State’s remaining shares in AIB and Bank of Ireland. We need a plan to use some resources to help affected areas and industries and speed appropriate investment projects if needed. EU clearance would be needed for much of this.

Let’s hope this hard Brexit does not happen, of course. But even if it doesn’t, it makes sense to have a rainy day fund into which we pay at least in the stronger years to help maintain investment spending when growth falls off, to try to support the economy and avoid a repeat of the problems we now face due to investment cuts during the crisis years. There are plenty of other risks that could make this necessary – Brexit even in a softer form will bring challenges, international tax reform could cut revenues from big corporations and so on.

As the Department of Finance consultation paper on the rainy day fund – published with the budget – points out, there is a lot to be decided, even in terms of the basic goals of the fund. Is it to smooth out economic ups and downs, for example, or a piggy bank only to be smashed open in an emergency?

But the first question is whether we are serious about the idea or not. And if we are putting in a maximum of just €500 million a year, it is going to take a long time to turn into anything useful.We have a lot of cash resources – and a lot of investment needs. But, somewhere in the mix, the concept of putting a serious amount away for a rainy day needs to be revived.