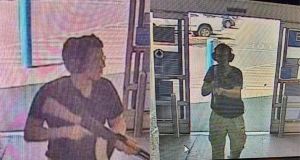 Similar white nationalist manifestos were released online prior to the massacre of Muslims in Christ Church, New Zealand; and of Jews in a synagogue in Poway, California. These manifestos call for the creation of separate territories by “race” to protect whites from “invasions” by all who these nationalists consider other.

The term “white genocide” was first coined by American white nationalist David Lane while he was serving time for murdering a Jewish radio host. The term itself is doubly false. Biologically, there is no white race and what is happening to disadvantaged white people in the United States and elsewhere does not meet any of the criteria of genocide.

The notion of a white race began as a quasi-biological concept, created by German scientist Johann Blumenbach in the 18th century when he divided the human species into five races.

If manifestos like that of the El Paso shooter were to be linked to a government, this would align him with a perpetrator of genocide instead of a victim

As biblical as it was scientific, Blumenbach was the first to coin the term Caucasian and, like many of his time, he considered “other” so-called races to have degenerated from Adam and Eve. Today scientists have documented that no distinct biological races exist among humans and that humans originated in Africa.

While single characteristics such as skin tone vary across the globe, we remain a unified species that cannot be divided biologically into discrete types. Genetic studies reveal that only a mere 6-7 per cent of human variation exists among the so-called racial groups.

While biological race does not exist, racism – bigotry and “othering” based on skin colour or some other visible trait – remains a potent source of human rights abuses today.

Its counterpart, white privilege, is especially pertinent in countries such as the United States, Brazil and South Africa, all shaped utterly by their histories of slavery and apartheid, and the white appropriation of indigenous lands. Without reparations these histories remain open wounds embedded into institutional structures at every level.

Irish history can contribute to showing that bigotry exists outside of skin colour, that power, politics, history, and money create the real divisions among groups of people.

But what about genocide? Polish-Jewish scholar Raphael Lemkin coined the term genocide in response to the slaughter of 1.5 million Armenians and other religious minorities by the Ottoman government under the cover of the first World War.

Genocide is the systematic destruction of a nation or ethnic group by a government. Lemkin devoted his life to creating legal systems that allowed for the prosecution of members of governments who have perpetrated genocide.

Genocide doesn’t simply appear. It’s a process that unfurls in 10 recognisable stages. It begins with classification, the division of peoples into “us” and “them” followed by symbolisation, the association of people with symbols like the crescent moon, the Star of David, the cross, the harp, the red hand, the confederate flag, the swastika.

When filled with hate, such symbolisation becomes a tool of genocide. Unfair housing, infrastructure, education and mass incarceration cement discrimination (the third stage) into peoples’ lives.

The fourth stage is dehumanisation, the transformation of the hated “other” into monster, parasite, predator and beast opens the door to committing atrocities.

Today’s rise of armed white supremacist groups globally makes the fifth stage utterly imaginable: the clandestine organisation by the state of militias to carry out the genocide. If manifestos like that of the El Paso shooter were to be linked to a government, this would align him with a perpetrator of genocide instead of a victim.

The hate unleashed through Brexit and other elections across the globe show that the world now lives fully in the sixth stage: polarisation. In polarisation extremists divide us into immigrants/locals, Muslim/Christian, Catholic/Protestant, female/male, urban/rural, black/white, gay/straight. Trump’s cry to “build a wall” on the Mexican border and his use of terms like “invader” fuel white nationalism and deepen polarisation globally.

Political leaders advance us through the later stages of genocides through policies and actions.

For example, Trump’s 2017 executive orders on immigration that banned entry for peoples from seven Muslim countries, dipped the US into stage seven: preparation. By flattening all Muslims into the category of “potential terrorist”, leaders of the perpetrating group use fear to lay the groundwork for the “final solution” that might lie ahead.

Only stage eight, persecution – the segregation of those “others” into ghettos, such as the camps Rohingya Muslims live inside of in Myanmar today – lies between preparation and stage nine, extermination, the actual killing. Denial, stage 10, always follows extermination.

White genocide is a false but pernicious notion that needs to be countered. Understanding the stages of true genocide provides a roadmap to do so: denial lets ugliness resurface in acts such as the mass shooting in El Paso. An honest reckoning of histories of slavery, appropriation, colonisation and extermination will end such violence.

Recognising the battle cry of “white genocide” as part of the polarisation process reduces its potency. Above all, as we resist dehumanisation and placing people into camps of us and them, we create a just and sustainable framework for peace and universal human rights globally.