An Irishman’s Diary about every teenager’s favourite word 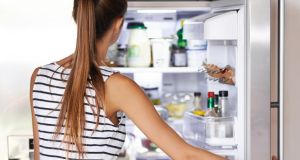 I sometimes tease a certain teenager of my acquaintance when, for example, she looks gloomily into our fridge and asks: “Do we have any, like, food?”

The inability of most teenagers to complete a sentence without interjecting the work “like” at least once is usually considered a bad habit.  And it’s true that when you’re on a bus, say, exposed to a conversation entirely composed of “I was like this” and “he was like that”, the repetition can resemble water torture.

Elsewhere, I sometimes tease a certain teenager of my acquaintance when, for example, she looks gloomily into our fridge and asks: “Do we have any, like, food?”

On such occasions, especially if the fridge appears full, I will inquire in pretend puzzlement whether she wants something “like food”, or – this accompanied by a theatrical gesture towards the various meat and dairy products facing her – “the actual thing?”

But I’ve come to suspect that teenagers have a profound philosophical point in their tendency to qualify every utterance in this way, as if the surface appearance of things cannot be trusted. Indeed their case was supported by a survey in the University of Texas a while ago that found a strong link between the use of such qualifiers and the possession of conscience.

Those prone to saying “like” or “um” mid-sentence, and to turning statements into apparent questions with “up-speak”, also scored highly in tests for being conscientious, the study found.  As one commentator summed it up, the constant qualifiers may be their way of acknowledging that there is no universal truth, “that all narration is subjective”.

The world today’s teenagers grew up in must be a factor too.  Everywhere they turn there are virtual realities, such as computers claiming to have (like) “desktops”, or phones with (like) “wallpaper”, or Facebook, where they can have hundreds of (like) “friends”, many of them strangers.

Even the cultural nostalgia industry, a paradoxical feature of our times, may be an influence.  A generation of listening to tribute bands that are (like) Pink Floyd or Led Zeppelin, but not the originals, must have had some effect.

Of course, talking of culture, generally, it’s the nature of art to make sense of reality by comparing it with other things.  Ogden Nash poked fun at this once with a poem called Very Like a Whale, in which, as usual, he conformed to his one and only rule of composition: that the lines must rhyme, eventually, however long it takes them to finish.

Thus the poem begins: “One thing that literature would be greatly the better for/Would be a more restricted employment by authors of simile and metaphor./Authors of all races, be they Greeks, Romans, Teutons or Celts,/Can’t seem just to say that anything is the thing it is but have to go out of their way to say that it is like something else.”

Funnily enough, that could also describe the central dilemma of a much more serious literary work I read recently – Samuel Beckett’s trilogy: Molloy, Malone Dies, and The Unnameable.  Apparently, Beckett was haunted all his life by a feeling of “existence by proxy”: as if everything he did was really being done by someone else, not him.

So the trilogy is about his search for a true self, in which all he finds instead are fictional personalities that eventually disintegrate.  Not many teenagers read the book, I suspect, but if they did, they might describe it as follows:

In suspecting he wasn’t really there, Beckett too may have had a point.  The theory that what we think of as reality is instead an elaborate simulation created by higher beings has become popular in recent times, thanks to films such as The Matrix (and indeed to the Matrix itself).

One of its proponents is the mega-rich tech entrepreneur Elon Musk who thinks it only a “billion to one chance we’re living in base reality”.  But this is not a new idea.  Philosophers have long toyed with it.

Beckett was influenced by the thinking of an old Trinity College man, George Berkeley (1685-1753), who doubted the existence of a physical world.  And before Berkeley, a famous French philosopher had similar misgivings, admitting there was no sure way to tell wakefulness from sleep and that, for all he knew, he was dreaming.

His name was René Descartes, whose most famous statement would probably be turned into a question by today’s conscientious teenager: “I think, therefore I, like, am?”