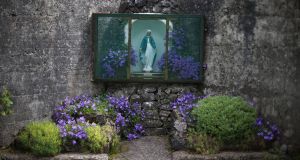 The site of a mass grave for children who died in the mother and baby home in Tuam, Co Galway. Photograph: Niall Carson/PA Wire

This week a UN Committee published a major report on Ireland’s record on women’s human rights. For the first time in a decade, the Irish State had been examined under CEDAW (the Convention on the Elimination of All Forms of Discrimination Against Women). The outcome of that process is a wide range of recommendations designed to redress significant shortcomings in the protection of women’s human rights in Ireland.

Many of these recommendations are particularly pertinent in the context of the Tuam mother and baby home revelations. The document specifically notes “the unresolved issue of historical abuses of women and girls”, and the “narrow” terms of reference of the mother and baby homes inquiry.

It calls for “prompt, independent and thorough investigations, in line with international human rights standards, into all allegations of abuse in Magdalene laundries, children’s institutions, Mother and Baby homes, and symphysiotomy”. This strong admonition by the UN’s foremost body on women’s human rights is welcome, and carries significant weight, as the Irish State must report back to the committee on progress in implementation.

Moreover, the committee’s recommendations shine an international light on historic abuses and the contemporary handling – or mishandling – of such abuses by the Irish State, thereby reinforcing the case that local survivors and activists have long made for truly independent inquiries that seek to establish truths rather than minimise liability for the State.

‘In our own time’

Part of this process, which should ultimately result in accountability and redress – with perpetrators prosecuted and punished – must now also, I think, include a larger view that takes into account the present context. Speaking of the mass graves and infant remains found in Tuam, the Taoiseach said these deaths were not something from the “dawn of history”, but that they happened “in our own time”.

The treatment of lone parents today is also occurring in “our own time” and often relies on very similar stereotypes to those once used to describe and shame women and their children conceived “out of wedlock”. It is no coincidence that today’s lone parents, the vast majority of whom are women, are the poorest members of our society, and have more recently, under the Taoiseach’s watch, been further disproportionately impoverished under the banner of “austerity”.

More than a quarter of all lone parents and their children experience consistent poverty, while almost two thirds endure enforced deprivation. This means they experience at least two measures of deprivation, including not being able to pay bills or heat their homes. Given lone parents’ precarious economic situation in an increasingly volatile housing market, lone parents are also disproportionately affected by homelessness and make up the majority (65 per cent) of people in emergency accommodation.

While the deaths of infants at Tuam must of course be investigated in their own right, and while we rightly feel horrified at the treatment of women and children in the age of institutionalisation, the question remains: how can we baulk at the horrors of a historic system of institutionalisation that established lone-parent women and their children as second class, while remaining silent about today’s stigmatisation of lone parents through, among other things, impoverishment and homelessness?

A series of policy failures has long characterised the State’s interaction with lone parents, ranging from mass containment at a time when other countries were turning away from institutionalisation, to recent cuts to welfare supports that were supposed to “activate” lone parents into the labour market, but actually resulted in income loss to lone parents who were already working, and ignored their specific needs for childcare and their escalating poverty.

Fortunately, the CEDAW committee seems to take into account the bigger picture of a dysfunctional policy stance on lone parents that reaches right into the present, as its report notes, in addition to the investigation of historic abuses, “increasing rates of poverty among single women”. It recommends that the State consider setting up “a statutory maintenance authority” to reduce the burden on lone parents seeking child maintenance through the courts and calls for a redressing of the “impact of austerity on social benefits for women, particularly disadvantaged women”.

The Irish State would do well to implement the committee’s recommendations by making connections between past injustices we now generally acknowledge to be morally reprehensible and present injustices we must not, again, collectively, silently accept.

1 Election 2020: FF edges ahead of FG as SF surges in new Ipsos MRBI poll
2 Who are Ireland’s 17 billionaires?
3 Gardaí suspect botched murder attempt was bid to avenge Mulready-Woods death
4 Rob Delaney: ‘As my career took off, my son got sick ... And then he died’
5 Fintan O'Toole: Safety-first politics has had its day
Real news has value SUBSCRIBE