Should journalists always protect their sources? 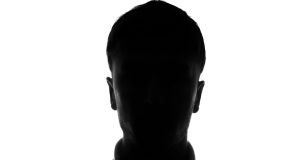 Why should the public trust journalists who offer so much information without any meaningful indication of where it came from? Photograph: Getty Images/iStockphoto

At the opening of the Garda whistleblower tribunal, the tribunal chairman Mr Justice Peter Charleton, said he wanted to know if the media was being “used as an instrument for the dissemination of lies”.

For most people his remarks are perfectly reasonable, but for journalists, he has stepped into an ethical minefield.

The judge’s comments related to the issue of journalistic privilege – the right to maintain the anonymity of a source of information. If it existed at all, he said, it was because there was a public interest in protecting investigations by the media. But “does journalistic privilege attach to communications to a journalist where that . . . may not be in the public interest but, instead, where the source is perhaps solely motivated by detraction or calumny?”. Or does such privilege apply when the media is used as a tool of “naked deceit”?

For journalists, this is not arcane stuff. Journalists have gone to jail rather than reveal their sources of information – two in Ireland, since the foundation of the State.

There are hundreds of journalistic codes of ethics, but you would be hard pressed to find one anywhere that does not call for journalists to maintain the anonymity of confidential sources. The National Union of Journalists’ code says: “A journalist shall protect confidential sources of information.” Contrast that with other clauses in any code and it will have qualifying statements such as “subject to the justification by overriding considerations of the public interest”. The shortest ‘principle’ in the Press Council of Ireland’s code of practice, principle six, states: “Journalists shall protect confidential sources of information”, no ifs, no buts. There is no public interest override, nor is there an exception that allows a source’s motive to be taken into account; it is absolute. Never, ever reveal a source.

So it would appear that if Mr Justice Charleton does question journalists as to their sources, it might be legally challenged.

There is no protection of journalistic privilege in this state. There are protections in some other jurisdictions; some US states give journalists a legal protection, and Sweden has had similar legislation for years. The European Court of Human Rights has ruled – in the case of a British journalist, Bill Goodwin – that protection of confidential sources is an essential means of enabling the press to perform its important function of public watchdog and should not be interfered with unless in exceptional circumstances where vital public or individual interests are at stake.

Journalists have tended to view this ruling as vindication of the absolutists’ view of source protection, usually forgetting the qualifying clause in the judgment, “unless in exceptional circumstances where vital public or individual interests are at stake”. Presumably Mr Justice Charleton will view it as a vital public or individual interest when he asks a journalist for the source of the information concerning Garda Maurice McCabe that is being inquired into.

However the tribunal works this out, which may or may not mean a journalist is asked the question that lands him or her in contempt of the tribunal, there are still wider issues about protection of sources, especially in a world of ‘fake news’ and where we now apparently have ‘alternative facts’. Anonymous sources are used daily in the media. “Government sources”, “sources close to . . .” or even more obliquely, “it would appear . . .” or “the indications were that . . .”, as if journalists wear the T-shirt “trust me I’m a journalist”.

Why should the public trust journalists who offer so much information without any meaningful indication of where it came from? In many cases the anonymous source is not a fearless whistleblower, but a manipulating spin doctor working for the rich and powerful and hiding behind a journalist’s promise of anonymity.

If that is the case, who gains most by the journalists’ willingness to go to prison rather than reveal a source: the source or the public? As the philosopher Onora O’Neill said in a BBC Reith Lecture some years ago: “I am still looking for ways to ensure that journalists do not publish stories for which there is no source at all, while pretending that there is a source to be protected.”

With anonymity, the source holds all the cards. A decision to give anonymity has to be agreed before the information is given, so that before the journalist has heard what the source has to say, he or she has given a binding undertaking never to reveal the name, whatever the outcome. If that outcome leads to a miscarriage of justice, for instance, is that going to instil confidence in another person whose information is of great public interest, but who now fears giving it to a person who would rather see a guilty person go free than give a name to a court?

This is not an argument for abandoning the principle of defending the right of anonymity. It is right and proper that codes of conduct state clearly and unequivocally, as the NUJ’s does, that a journalist shall protect confidential sources. Codes lay down guiding imperatives and all journalists must have a strong duty to follow such codes. Such a duty ensures professionalism among journalists, and also helps the public to know what journalists themselves believe are the principles of the profession.

Maybe it is now time for journalists to adopt a new imperative to judge and guide their actions – trustworthiness. Are my actions likely to increase the trust between me and my readers, viewers or listeners? Such an approach would have journalists seriously question the use of anonymous sources, and ensure that they are used rarely – and that when they are used, a full explanation is given as to why. If trust became central to journalist practice, fewer anonymous sources would be used and so the problem of anonymity would rarely arise.