Una Mullally: Who influences the infuencers

They are the digital equivalent of the lads with placards on Shop Street pointing towards a golf sale. 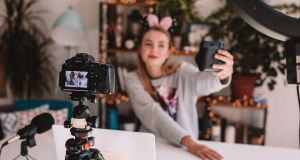 Last week, Campagne restaurant in Kilkenny tweeted “The start of another week in paradise”, with a screenshot of a message asking for a free vegan meal for two in exchange for online coverage. This is not unusual. Cold-calling from “influencers” and “bloggers” is increasingly generating murmurs of discontent in the hospitality, sorry, “lifestyle”, industry, which is contributing to an backlash against influencers.

I suppose there is a distinction to be made when it comes to “influencers”. The top level are the real celebrities who genuinely command influence regardless of whether they’re being paid or not - but of course they’re getting paid to hawk things too. Next up are those who started to get paid after they commanded an online influence, the Snapchat stars and the people you liked on Instagram before they were selling you brunch. Being an “influencer” probably wasn’t their initial impetus, but it might end up being a decent source of income. Then there are those who pursue the “influencer” career on purpose, building up a personal brand that will be attractive to PR companies as a human billboard. And then there are the absolute chancers, the cold-callers looking for freebies.

He explained how its works:“A blogger mails a PR company to get free stuff, generally the PR company knows it’s meaningless but can still present it to the business owner saying ‘they have x amount of followers.’ The business says ‘okay’ because they mightn’t know much. So the blogger gets something from the PR company, the PR company gets paid by the business, and the business is happy to just get something. And the cycle continues.”

“Blogger”, by the way, is now a catchall term for people who write stuff online, be that on an actual website or a social media blurb. The end result for PR is that a large chunk of that industry is now about distributing free stuff. Some “influencers” and “bloggers” want cash for social media coverage. Others just want a free lunch.

Irish restaurants, bars, cafes, clubs and hotels aren’t just being blagged by Irish “influencers”. The international influencers in town for the weekend come calling too, in the same way that Irish influencers blag stuff abroad.

Most of this online “exposure” is typified by conservatism (don’t say or do anything too risky), and all of it is driven by consumerism. Criticism rarely comes into it because the raison d’être of the influencer is to sell people products. For all the free stuff, perceived social capital, and choreographed (read: faked) fun and aspirational lifestyles (the photos of airplane wings, the inflatable unicorns in swimming pools), they are the digital equivalent of the lads with placards on Shop Street pointing towards a golf sale.

There is nothing wrong with standing on a street with a sandwich board indicating the direction of the closest burrito or Claddagh ring, but imagine now if you knew that person, recognised their friends from videos, got their in-jokes. “Trusted” their “brand”. Wouldn’t you be more inclined to follow the sign?

Perhaps one of the reasons that this gets called out more by “punters” than traditional media, is because journalists are complicit in The Big Blag. Yes, there are takedowns of “influencers”, but there are also articles celebrating their PR prowess. Journalists too have been getting free stuff since the first ad was placed in a newspaper.

Of course, it’s easy for me, at the grand old age of 34, to criticise influencers. I went out into the world from journalism school and got a (paid!) internship in a newspaper, which was followed by a now elusive entity called a “job” (ask your parents). Perhaps if I graduated in 2015 as opposed to 2005, I too would be flogging (I’m guessing unsuccessfully) fitness products and spa hotel breaks on Snapchat. The training ground for youngsters in the media - regional newspapers and local radio - has been dismantled. There is little for them to monetise besides themselves. So when the media industry asks itself where all the up and coming young journalists are, follow the money. And if you can’t follow that, follow the free lunch.