The Reformation: Justification by fate alone?

Was it just a watershed moment, predetermined by what had gone before? 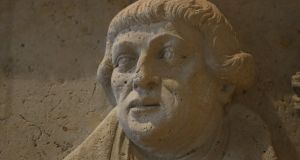 It seems almost unthinkable that a relatively routine event by a young academic in a recently founded university in a small German city would be remembered and even celebrated in Ireland half a millennium later.

And yet that is precisely what is happening when we recall the actions of Martin Luther calling for a scholarly debate in Wittenberg on October 31st, 1517. For many, the alleged hammer blow on the door of the Schlosskirche heralds the beginning of the Protestant Reformation.

In the way that this story was once told, Luther was simultaneously putting a nail into the coffin of a dying medieval world and signalling the arrival of modernity.

Protestantism had simply been equated with progress and the events of the Reformation were seen to lead inexorably towards a world of enlightenment.

This was a triumphalistic narrative of steady progress and evolution out of superstition and priestcraft into the dawn of a new day whose light would, in time, reveal democratisation and religious toleration.

According to this scheme, the Reformation was simply inevitable.

Weakened by corruption, decadence, and anticlericalism, the claims of the late-medieval church were being increasingly questioned by various groups, some of whom appeared to be proto-Protestant.

One could almost say that the justification of the Reformation was fate alone, in which this watershed was predetermined by what had gone before.

This disruption appeared to be the natural climax of socio-economic forces that had been at work through the 15th century. Even if Luther had never been caught up in the thunderstorm of events that catapulted him into a pivotal role, then some other spark would have ignited the fire.

Nevertheless, the seemingly arbitrary moment of Luther singlehandedly posting the Ninety-Five Theses was viewed as somehow particularly apt: an emboldening symbol of a man confidently striding out to champion the rights of conscience, in defiance of established authorities and irrational superstition.

This old narrative is long gone. Revisionism has now swept away the historical determinism of the unrelenting march of progress that, knowing the outcome, attempts to read history backwards.

What emerged in its place was rather different.

Late-medieval religion went through something of a rehabilitation and was no longer regarded as being in a state of terminal decline. Anti-clericalism did not appear to be as widespread as some had suggested and many people seemed generally content with their experience of religion.

Of course there were calls for a return to a purer, simpler, more ancient form of Christianity, but these had been present throughout the medieval period.

Political rulers were prepared to oppose the papacy – just as they had been since the 14th century. Those proto-Protestant groups were not nearly as organised and powerful as some had suggested. It became clear that Luther and the magisterial reformers were not champions of modern notions of freedom – too often anachronistic categories had been imposed on the past.

There no longer appearing to have been a moment of Reformation, scholars began to speak of “reformations” in the plural. These were the product of circumstances that varied enormously across the states of Europe.

The responses to the disruption of the 16th century also showed remarkable similarities even across confessional divides: Lutheran, Reformed and Catholic states all sought to catechise their often reluctant subjects.

The Counter Reformation was recast as the Catholic Reformation in which the church engaged in significant internal reform. Gradually, there seemed to be fewer and fewer differences between Protestant and Catholic practice.

Historians found themselves in the unlikely position of having to answer the question posed by the great Reformation scholar Hans Hillerbrand: “Was there a Reformation in the sixteenth century?” And if there had been, what was there about it that could account for such a seismic disruption having taken place?

The answer may seem surprising: religious ideas are increasingly coming to the fore in the study of the Reformation. At its heart there was a clash between competing truth claims about the nature of the Christian gospel.

It was theological ideas that had such profound repercussions for society.

Despite the play on words in the title, one cannot escape the fact that the Reformation was, after all, really about the doctrine of justification by faith alone.

Consequently, given that this disruption was a theological event, believers cannot interpret it as simply a human event, and for that reason many will either weep or rejoice over the events of 500 years ago.

Rev Dr Martyn Cowan is lecturer in historical theology at the Presbyterian Union Theological College, Belfast. He will speak on the Reformation at a special worship service in Abbey Presbyterian Church, Dublin, Tuesday, October 17th, at 7.30pm.

1 Operator rejects claims by Dr Tony Holohan that car parks are full
2 Somebody needs to explain sovereignty to Johnson before it is too late
3 BOI customers to be charged twice with bank fees on New Year’s Eve
4 Irish designer of Oxford vaccine: ‘I’ve never worked so hard in my life’
5 Trump directs team to co-operate on Biden transition – but insists fight continues
Real news has value SUBSCRIBE