If a decision is made to leave the State retirement age at 66, then it will leave more cash to be found by spending less or taxing more elsewhere 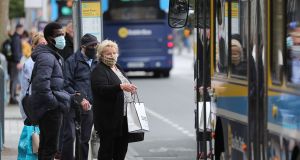 Politics tends to focus on the short term and follow the advice of the famous phrase by J.M Keynes that in the long run we are all dead. Yet recent history has shown us that, in terms of managing the national finances, a longer term view is important. In this light, the latest report from the Irish Fiscal Advisory Council on the longer-term outlook for the public finances is worth careful reading. Put simply, it could help the State to avoid storing up more problems for the future.

The central point of the report is that the ageing population is going to slowly but inevitably put pressure on the exchequer finances in the years ahead. Between 2020 and 2050 the number of people over 85 in the population will grow fourfold, while the number in younger age groups will rise by 17 per cent. From having one of the youngest populations in Europe, we will quickly start to catch up with the European average – with all the implications that has for healthcare spending, pensions and so on.

The value of the IFAC report is that it puts some financial estimates around this. It shows that after the middle of this decade the impact on the public finances will start to show, in terms of pressure on spending and, if no other action is taken, in higher deficits and – in time – a rising debt burden. Unlike, we hope, the impact of the Covid-19 crisis, the impact of ageing on the level of spending will be long-lasting . But it can be planned for.

In the heat of the Covid-19 crisis, the Government may have limited time to consider longer-term issues for the public finances. But decisions made in the months ahead – for example on the economic plan to be published in October, need to be start taking this into account.

And as the council points out, one current question – the retirement age for the State pension – which was an issue in the general election and is now to be re-examined is important. If a decision is made to leave the State retirement age at 66, then it will leave more cash to be found by spending less or taxing more elsewhere. It is as simple as that.