State must ensure greater equality between men and women 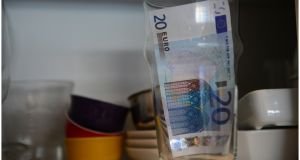 The unequal involvement of men and women in care and domestic activities is a persistent challenge. Photograph: Bryan O’Brien

Almost 100 years ago, in January 1919, the first Dáil adopted a democratic programme, which asserted that the nation’s sovereignty extended “to all men and women of the nation”.

In 2019, to achieve the ideals of the first Dáil and a real republic for women, we need to make progress on the unequal involvement of men and women in domestic activities and care.

The independence achieved following the 1918 election did not extend to women, and Ireland was a cold place for many. Yet, due to hard-fought and hard-won campaigns over the years by women and women’s groups, there has been progress from the time where women could not sit on juries, where they were barred from working in the public sector once married, and when marital rape was not a crime.

This progress was no more evident than in the landslide Yes vote on May 25th, 2018, which resulted from so many women telling their stories of harm under the Eighth Amendment.

There has been a resultant cultural shift, where women are speaking out about their experiences more than ever before, from the inspirational CervicalCheck campaigner Vicky Phelan to women sharing their stories of being re-traumatised in the criminal justice system after reporting sexual violence.

Yet, there are still many battles left to be fought. Sunday was Nollaig na mBan, the day women traditionally left house and care work to men, while they celebrated their Christmas.

Every year, there is a debate around Nollaig na mBan, around whether we should still celebrate it, and whether the responsibility of care has really shifted between men and women.

Sunday was Nollaig na mBan, the day women traditionally left house and care work to men, while they celebrated their Christmas

In Ireland, there is no doubt that care still falls predominantly to women. Equality for women and men in the public sphere depends on equality in the private sphere. Yet, the unequal involvement of men and women in care and domestic activities is a persistent challenge.

In Ireland in 2016, 98 per cent of those looking after the home or family were women.

The fact that women spend a disproportionate amount of time carrying out unpaid work compared to men has serious economic and social consequences that ultimately lead to a gender gap in pay and in poverty.

As a society we have to do more to support men to do more of the caring work many are keen to do. Simultaneously, men themselves need to step up to the care responsibilities in their families.

A key step in starting to rebalance care is to ensure that fathers and partners take on as much of a role in childcare as mothers.

This is the reason for a long campaign for paternity leave for men; it is a crucial support both in enabling individual men to have the finances to stay at home with their baby, but also in signalling to workplaces and to wider society that caring for their children is men’s work.

While paternity leave has seen good uptake in Ireland, other trends related to care are not so positive.

The Gender Equality Index 2017 of the European Institute for Gender Equality found that the overall trend in terms of the sharing of care in Europe over the last 10 years has been negative: the proportion of time by women spent on care, domestic work and social activities grew in comparison to men.

While paternity leave has seen good uptake in Ireland, other trends related to care are not so positive

We have to create the space for genuine sharing of care in all forms, including childcare, family care, elder care and looking after the household. Family work is essential to the common good, and performs vital social and economic functions, yet it is neither prioritised nor sufficiently supported. Issues like affordable childcare are not simply “women’s issues”, nor are they up to women alone to solve.

For care work to be fully recognised and valued, it requires significant state resources. Properly resourced public services need investment, and this is where the State must step up.

The Government is going in the right direction when it comes to a publicly subsidised affordable childcare system, yet we need a radical shift in terms of investment if childcare is to be affordable for parents. Similarly, there needs to be investment in the infrastructure and services that support care of older people to enable women and men to live independently and in the place that they choose.

Similarly, Ireland needs investment in world-class statutory supports and policies, including the extension of paternity leave to a month, combined with six months’ paid parental leave commencing after maternity leave. These are crucial to achieving women’s equality.

Recognising care work in all its forms and the value we place on care in our society should also form part of the discussions of a citizens’ assembly that the National Women’s Council of Ireland has called for, to precede a referendum to remove article 41.2 (Women in the Home) from the Constitution.

In this decade of centenaries, this centenary of the democratic programme of the First Dáil is an important one. We owe it to the women of the past, and the women who will come after us, to finally ensure the equality between women and men that independence promised.

1 Miriam Lord: Unity and common purpose in spades but not for Covid fight
2 Son putting elderly dad under pressure to sign over land
3 Covid-19: Museums, cinemas set to reopen next week as Varadkar warns of New Year restrictions
4 Alison Curtis: My guilt at not going for a second pregnancy
5 Stir-crazy Dutch holidaymakers set to descend on Caribbean island
Real news has value SUBSCRIBE