Rite & Reason: Bishop says there was ‘consistent negative coverage in the media in the final weeks of preparation’ 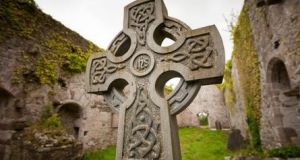 The simmering resentment of some Catholic clergy in Ireland over low attendance at events during the visit of Pope Francis to Ireland has finally broken surface. It has found a predictable target – the media, a scapegoat overtly identified by Bishop of Elphin Kevin Doran, for instance.

In a message to priests and deacons in his diocese, announcing a collection at all churches next weekend to help defray costs arising from the World Meeting of Families and the papal visit, he was clear.

There was, he said, “a shortfall in fundraising income due in no small measure to the consistent negative coverage in the media in the final weeks of preparation. Some ‘fruit’ died on the ‘trees’.” He said the bishops had decided “on an additional national collection on November 10th and 11th to help defray the deficit…”

The cost to the church of the World Meeting of Families and the papal visit was €19.4 million. Of this €15.4 million was raised through four national collections and other donations, leaving a shortfall of €4 million.

An Irish media which in the lead-up to a visit by Pope Francis ignored 'many of the traumas of our own past'... would have been distinctly derelict

Bishop Doran is not alone. At the Association of Catholic Priests annual general meeting in Athlone last month, Fr Gerry O’Connor of its leadership team read from a draft letter they plan sending to the bishops.

It speaks of “a sinking feeling that the [papal] visit and the expectations it generated were derailed by an unexpected, though not unpredicted, focus on the sexual abuse issue”. It referred to “the virulence of the negative commentary and the lack of engagement by so many Catholics with the visit”.

He had the grace to add that this “was merited” by abuse reports from the US and around the world.

Similarly, with Archbishop of Dublin Diarmuid Martin. The lead-up to the World Meeting of Families was “disheartening, given the reports from abroad such as the Pennsylvania grand jury, the Australian Royal Commission and others, as well as the revisiting in the media of many of the traumas of our own past, the Magdalene Laundries, Mother and Baby Homes as well as clerical child abuse,” he said in Kilkenny on October 27th.

As to his latter point, an Irish media which in the lead-up to a visit by Pope Francis ignored “many of the traumas of our own past”, as revealed since the last papal visit in 1979, would have been distinctly derelict.

But let us look at what emerged prior to last August’s events in Ireland.

On July 28th, Pope Francis accepted the resignation of former archbishop of Washington Cardinal Theodore McCarrick after he faced credible allegations of sexually abusing a teenager.

On August 14th, a Pennsylvania grand jury report found that over 1,000 children had been abused by as many as 300 Catholic priests in six dioceses there over a 70-year period.

On August 15th, Archbishop of Boston Cardinal Seán O’Malley, chair of the Vatican’s Commission for the Protection of Minors, announced he would not attend the World Meeting of Families in Dublin due to an abuse scandal at St John’s seminary in Boston. He was to chair a session on abuse.

On August 18th, the Archbishop of Washington, Cardinal Donald Wuerl, announced he too would not be delivering a keynote address or attending the World Meeting of Families following criticism in the Pennsylvania grand jury report of him while bishop of Pittsburgh. He has since resigned.

On August 26th, the last day of Pope Francis’s visit to Ireland, former papal nuncio to Washington Archbishop Carlo Vigano published a letter accusing the pope himself of covering up abuse by Cardinal McCarrick.

This, then, was the context in which the World Meeting of Families took place in Dublin and Pope Francis visited Ireland. Those in the church who blame media for disappointments arising might well heed warnings by Pope Francis himself against attitudes of clericalism, when he spoke to Ireland’s bishops before returning to Rome.

It would appear a more appropriate response than reaching for the Donald Trump hymn sheet.