Northern Irishness must be celebrated as distinct identity

Commemorations amid Brexit-frayed relations must include Presbyterian Belfast 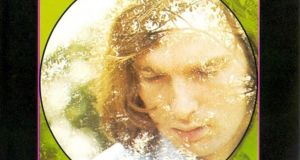 Cover of Van Morrison’s “Astral Weeks” (1968): his music offers northerners the liberating message that they do not have to be one thing.

“If I ventured in the slipstream, between the viaducts of your dreams/where immobile steel rims crack/and the ditch in the back road stops/could you find me?” These are the opening lyrics of Astral Weeks, the Van Morrison album that is 50 years old this month. I don’t know exactly what these words mean, but they mean a lot to me. And I feel it is important to mark this anniversary.

As we are reminded constantly, this is a decade of remembrance. From the Home Rule Crisis to the Civil War, with the first World War in the middle. All these centenaries were due to be marked in a meticulously curated way that allowed each “tradition” on this island to acknowledge the complexity of our shared history. Then, in the middle of the remembrance decade, history – in the form of Brexit – reminded us that it hasn’t actually ended yet.

This year in the North has also seen a coincidence of complex anniversaries: Good Friday Agreement’s 20th, 50 years since the civil rights march in Derry which presaged the start of the Troubles, and most recently the 25th anniversary of the butchery of the Shankill Road and Greysteel.

How should we remember and how much should we forget? Our choice in the matter is limited: our minds carry around images, fragments and rhymes whether we want them or not. That is partly why Astral Weeks is so irresistible. Because it is fragmented and ambiguous, like our memories.

“I’m caught one more time, up on Cyprus Avenue,” sings Van inexplicably but movingly in the song of the same name, about a leafy street in east Belfast he passed by as a child. The same street, coincidentally, where the late Rev Ian Paisley lived.

Unlike Van, I’m not from east Belfast. I was born on the other side of the city and grew up down the road in Co Down. In a small town, unlike Van, and raised a Catholic, unlike Van. But when I want to feel something about where I’m from, I usually listen to Van.

The man himself – for all his self-evident grumpiness of which anecdotes are legion, in both Belfast and Dublin – is Ireland’s most important living artist, in any medium. How irresistible it is to hear a man with a thick Belfast accent reinvent and fuse genres as he goes along. He imported his own interpretations of blues and jazz, forms already connected by ancestry to the Irish (particularly the Ulster Scots) via bluegrass, and then later grafted on his spin on traditional Irish folk – a genre with which he only engaged later in his career.

Van is someone whose music offers northerners in particular a liberating message: that they do not have to be one thing. Complexity and ambiguity need not imprison them. I asked a friend of mine – an atheistic Protestant from close to Cyprus Avenue, not given to whimsy – about Van. “A moody Prod from east Belfast who offered an alternative vision of Irishness,” he said. Sir Van is also a knight of the British Empire, but in most of his music, national identity is less important than the experience of being alive.

I was reminded of Van recently when at my desk in London I felt intensely sad reading about the fire that gutted Bank Buildings, an attractive Georgian structure in the middle of Belfast city centre. Set in red Dumfries sandstone more commonly seen in Glasgow than Dublin, it could hardly be more evocative of the Ulster Presbyterian commerce that turned Belfast from a village to this island’s biggest and most prosperous city. It is a truly great building which may yet be saved in some form.

It has a place in the sense memories of lots of people who have spent time in Belfast, as with many of the other places Van describes in his music. That people would identify me as a Gael, and this building as of Planter provenance, does not alter my sense of it. That it looks and feels different to elsewhere on this island does not make it less Irish, but more complex. And, to me at least, more interesting.

Sensitive commemoration of wars and treaties from 100 years ago is important. But equally important for the coming century – and urgent given fraying relations – is commemorating or, even better, celebrating different kinds of Irishness, including Northern Irishness. Rather than permanently settling for the formal accommodation of two or more “traditions”, we might aspire to Irishness becoming an identity that better encompasses the images and memories of industrial Ulster and Presbyterian Belfast. Van-style complexity needn’t just be for Nordies.

“You know you gotta go, on that train from Dublin up to Sandy Row,” sings Van on Astral Weeks. He’s right: you should try it.