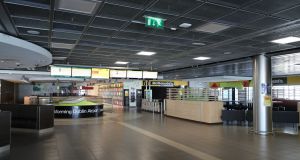 The principle of quarantine was developed many centuries ago and has stood the test of time as well as the changing nature of infectious disease. It always has been highly effective and remains so in today’s situation.

By the time the Black Death, an pláig mór, reached Ireland in 1348, probably from the port of Bristol, the republic of Venice had already taken public health measures. Eventually, Venice gave “quarantine” its name by insisting on 40 days of isolation for arriving ships.

Now, like Venice of old, the islands of New Zealand, Taiwan, Australia and Ireland all recognise the advantage that derives naturally from being an island. Not only does it mean there is usually some early warning of the potential arrival of epidemic disease, but geography also confers an enhanced ability to control movement of people across national boundaries thus preventing the importation of active cases of the disease.

The position in which Ireland now finds itself places the operation, or abandonment, of quarantine firmly on the political agenda North and South. Both parts of the island did what needed to be done to quell the initial deluge of infections and the resulting cascade of sick people into hospitals. Both North and South have good cause for sombre reflection on the speed of the initial response and on what happened to so many frail elderly people in residential settings.

For now, however, attention must be focussed on making sure that the ground that has been gained in the elimination of the virus from the whole island is not lost by adopting an open borders approach. Like much of the decision-making around the response to Covid-19 the question of the imposition or relaxation of restrictive measures is one where the costs and benefits need to be weighted carefully.

It is absolutely clear that a return to the normal functioning of society and the economy in Ireland is vital in so many ways.

As always happens in great calamities, the burden weighs heaviest on those least able to bear it. People need to be able to go back to work to be able to support themselves and their families, children to their schools, actors to their stages and singers to their pubs. All of this cannot happen fully, particularly the full opening of pubs, until the virus has been comprehensively quashed in all parts of the country. A “zero Covid Ireland” is within sight and, as ever, achieving that last few centimetres of progress may well be tougher to do than almost anything else. The imposition, within the past few weeks, of quarantine measures in respect of people arriving in the Republic as well as in the UK should be one of the final pieces in the jigsaw.

There are calls for the relaxation of quarantine from citizens who want to spend summer holidays abroad, from business people who feel personal travel is crucial to their success, and particularly from the travel and airline industry which generates substantial employment and of which Ireland is justifiably proud.

The international airline industry, working with the main European public health body, has come up with proposals which, they believe, can enable everyone to fly safely. Even if this was to be entirely correct, it does not in any way minimise the basic problem of possible importation of new cases of the infection from countries, covering most of the world, which have not yet got anywhere near containing the spread of this deadly disease.

The impossibility of the adoption of a uniform position towards loosening of quarantine measures is illustrated by the comparative position of Scotland and England. In Scotland there has been substantial progress and they now have a very low level of deaths and few new positive cases. The signs are hopeful that they may decide to press on towards full elimination of the virus.

In England, however, it is variously estimated that there are 3,000-5000 new cases of coronavirus infection every day and deaths are still being counted in three figures. Crucially they have failed to re-introduce an effective system to find new cases, test them, trace contacts, isolate individuals and support them. Despite these two extremely serious difficulties, Boris Johnson’s government has decided to introduce substantial relaxations of their lockdown. Their expressed hope that things will not get any worse by next spring is a very low level of ambition.

In debating these issues it is good to bear in mind that the first cases of the coronavirus arrived on the island of Ireland by aeroplane.

It has also been shown that countries such as China, South Korea and New Zealand have been vulnerable to the reintroduction of the virus by citizens returning and bringing the infection with them. If Ireland is to see the resumption of substantial international travel it should either be by agreement with countries that have achieved the virtual elimination of the virus or it should be dependent upon the implementation of quarantine restrictions.

If it is found that the current restrictions are not being adhered to, then they will have to be made more effective.

There is much work to be done to get the economy in Ireland up and running again, to deal with all of the people needing healthcare who have been unable over the past few months to get the investigations or treatment that they need, and also to enjoy time participating in sport and cultural activities. Continued restriction on international travel is a small price to pay not only to preserve the ground that has been gained, but to prevent avoidable outbreaks or even a second wave of new infections and deaths.