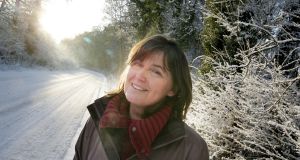 ‘If Mary doesn’t like it, honey, she’ll just hang up...” Eileen Battersby wasn’t the least bit deterred by the warning during her extraordinary efforts to speak to US middle-distance runner Mary Decker-Slaney back in 1985.

Extraordinary, because the athlete only gave four interviews a year, and to people she had reason to trust. She trusted even fewer after her collision with South African-born rival Zola Budd during the 3,000 metre Los Angeles Olympic track final in the summer of 1984.

The clash had occurred with just over three laps to go when Decker was moving up on the inside lane. The US athlete, who had overcome years of injury to take on the best East European rivals, caught Budd’s foot twice.

When Budd fell, she took Decker down too, leaving world cross-country champion Maricica Puica of Romania a clear path to gold.

Britain’s Wendy Sly took silver, but the names most remembered were those of Decker-Slaney, who was carried from the stadium injured and angry, and Budd. The South African barefoot runner had been competing for Britain, which had already attracted much ire from fellow athletes. Precluded from international competition by sanctions over apartheid, Budd had sought a flag of convenience, with the support of the Daily Mail.

Persistence, tenacity and her own encylopaedic knowledge ensured that the journalist – herself an accomplished runner – won out

Many months later, not only did Eileen secure a call with Decker-Slaney, but she also spoke to Zola Budd for Sportswoman magazine.

If that sounds simple, it wasn’t one bit. Not only were both runners being pursued by every media outlet, but this was a new Irish publication largely dependent on young journalists – though established names like Con Houlihan, along with Maeve Binchy, Sam McAughtry and Breandán Ó hEithir, all late of this parish, had contributed to the early issues .

Editor Lisa Pereira knew there was only one person for the job when Decker-Slaney’s agent in London wished her a “half-hearted and not very hopeful good luck”. As Eileen explained subsequently, she was “initially part-auditioned and part-interrogated” on the line to Oregon. Even when she had “passed the test”, there were many taboo subjects, including “that Olympic final”.

Persistence, tenacity and her own encylopaedic knowledge ensured that the journalist – herself an accomplished runner – won out.

However, there were several tense moments. Decker-Slaney had been virtually unable to walk just nine years before, due to a series of lower leg injuries, and had taken a job in a Californian burger cafe. When a Nike representative remarked on his waitress’s keen interest in the cargo of track shoes in his car, she told him she “used to be Mary Decker”.

So when asked now how she felt about athletics being such a large part of her life, Decker-Slaney went on the defensive.

“Of course it’s my life. It’s how I earn my living. How do you feel about journalism?”

“I didn’t want to tell her, as it could shock her,” Eileen wrote afterwards.

Budd was somewhat more straightforward, having won a world cross-country title in Lisbon that March. The 19-year-old admitted that she would love to finish a marathon, and described how much she would miss her two dogs when she returned to her English training base in Sussex. However, there were also two preconditions to this call. She was not to be asked about her family, or about apartheid.

“This I had no intention of doing,” Eileen observes again. “How many journalists have ever asked Mary Decker to justify the darker aspects of American foreign policy?”

There was more, and much more again in Eileen’s many contributions to the short-lived magazine, ranging from javelin to tennis to her absolute passion for rugby.

Overcome by drowsiness, the journalist then took a taxi to Pereira’s office, where both sat working on the article through the night

In her editorial, Pereira told readers that the Decker-Budd interview was an epic of its own. After her overseas calls, Eileen had gone for a run along the Naas dual carriageway, seriously injuring her ankle.

“The doctors wanted to put her under general anaesthetic . . . but the ever-diligent Battersby remembered that that day was copy deadline,” Pereira wrote. “She declined the anaesthetic, accepted pain-killers and went home to write the story”.

Overcome by drowsiness, the journalist then took a taxi to Pereira’s office, where both sat working on the article through the night.

That encapsulated her approach to her work, which extended to all aspects of the arts when she joined The Irish Times, earning her many awards and international standing. She retained her love of sport, perhaps believing, like late Uruguayan writer Eduardo Galeano, that its capacity for beauty could still outwit the influence of big business.

And so at her recent funeral, when Eileen’s daughter Nadia stopped hearts with her tender tribute to the “best mother a daughter could ever have”, her 1985 Decker-Slaney/Budd interview was recalled by Nadia’s dad, John Rogers.

Only he thought the exclusive might have appeared in a Sunday newspaper. Had she been there – perhaps she was – one might just have heard the whisper. “No, it was Sportswoman . . . cover story . . . five whole pages...” Or something a little more colourful.

And Mary Decker-Slaney didn’t hang up.

1 Coronavirus: People to be allowed to travel anywhere in their county from Monday as Ireland moves to exit lockdown
2 California police fatally shoot 22-year-old man on knees with hands up
3 ‘Get the eff out of this country’: Irish racism, as heard on Liveline
4 Covid-19: Wage subsidy and unemployment payment extended to end of summer
5 Donald Trump is in trouble, and that could spell very bad news
Real news has value SUBSCRIBE