The Irish Times view on rural crime: Fears and realities

Most distressing aspect of robberies involves anxieties they generate, particularly among elderly 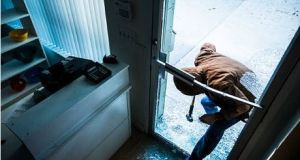 Garda resources are limited and must be strategically deployed in fighting crime. File photograph: iStockPhoto

Seizures of large quantities of stolen goods in recent years by the Garda Síochána and the Police Service of Northern Ireland reflect the sophistication of some of the gangs involved and the cross-Border nature of the activity.

From JCBs to heavy plant and machinery; tractors and trailers; tools and equipment and domestic items, these were targeted thefts in urban and rural areas. Police seizures represented only a fraction of what was stolen.

The Irish Farmers’ Association has challenged the Garda Síochána on its assertion that the incidence of rural crime is falling. Spokesmen say these crimes are simply not being reported. They want additional gardaí to be deployed to the countryside and have met Garda Commissioner Drew Harris with that in mind. They favour the expansion of a rural crime patrol scheme. For its part, the Garda maintains it is now safer to live in a rural, rather than an urban, environment.

Rural crime became a hot topic before the last election. A number of Independent TDs are now calling for the establishment of a dedicated rural taskforce and a review of bail laws.

There are indications, however, that this threat is exaggerated. Arising from the last campaign, a Theft Stop scheme was launched by the IFA and the Garda Síochána. It invited farmers to buy a €75 stencil kit so as to mark their property and upload the details to a central computer. While several hundred farmers bought the stencil kit, fewer than 100 uploaded their details.

The most distressing aspects of robberies and burglaries, whether in rural or urban settings, involve the widespread fear and insecurity they generate, particularly among the elderly. It is perfectly understandable for representative groups and politicians to demand more effective policing. Everyone is in favour of that.

But Garda resources are limited and must be strategically deployed. Public representations should be balanced and based on reliable information. Otherwise, there is a risk of magnifying the concerns of people in isolated areas.