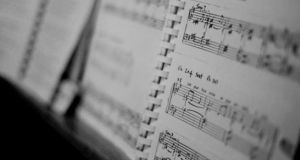 Sir, – In 1961, the incoming RTÉ director general, Ed Roth, had received a report advising that the RTÉ Symphony Orchestra (then only 13 years in existence) should be repositioned as the “National Orchestra of Ireland”. Roth accordingly advised the RTÉ Authority that the orchestra required “an increase in money and a specific and clear-cut direction”. In case classical music should be regarded as a minority interest, he reminded his bosses that “our mass radio and television audience is made up of many minorities each of whom should and must be catered for”. To disband the symphony orchestra “would be to create a cultural vacuum of serious proportions”.

Almost 30 years later, in 1990, RTÉ did rename the RTÉ Symphony Orchestra as the “National Symphony Orchestra” and pledged an over-budget amount of £300,000 to increase the orchestra from 72 to 93 players. However, at that same moment, a government “cap” on RTÉ’s advertising earnings not only took away that £300,000 but necessitated a further cut in expenditure of £200,000. RTÉ’s head of music argued against “constantly targeting musical groups for economies”. RTÉ successfully rejected the idea of merging the two orchestras as a cost-cutting measure.

The fate of the RTÉ/NSO was yet again called into question with the “Piano” review group in 1994 which, as a former RTÉ head of music, John Kinsella, writing here (November 14th), recommended that the symphony should be hived off from RTÉ and established as a semi-State body in its own right. Predictably, RTÉ successfully resisted this.

It is undeniable that the broadcasting environment in which the current National Symphony Orchestra was conceived has altered totally since the 1940s. But questions of “ownership” of orchestras does not affect the question of whether or not Ireland needs (like every European state) its “national” orchestra, in addition to whatever other performing groups can be sustained, ultimately, from the public pocket. To suggest in times of austerity that it is feasible or desirable to make economies of scale which, in terms of orchestras, are demonstrably impossible, tells us only that cultural assets must always be subject to the laws of the marketplace – an argument that any modern, civilised state whose Taoiseach has recently placed culture at the centre of its life, must reject. – Yours, etc,