Let’s not make the same mistake again in the Docklands 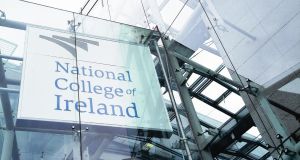 The North Lotts/Docklands Special Development Zone in Dublin has the potential to be a hub of innovation and international business, geographically marrying the IFSC to Silicon Docks. It also has a serious responsibility to its community, both those who go back through many generations and those who are newly arrived.

I have to question whether this community responsibility is being taken seriously by those who are dictating the last site developments in this area. There is a real danger that we will repeat the mistakes of past docklands’ developments.

When originally mooted, the IFSC was deemed to be potentially transformative. Economically this has been well proven, but for the people who live closest to it, their early concerns that the built environment would close them out – providing highly paid jobs for workers from other places – almost came true.

The vision of the then governing body and president of National College of Ireland (NCI) to move its campus to the IFSC in 2002, and the help of Government bodies in making this possible, changed all this.

The college brought a third-level institution providing degrees and masters’ programmes and a significant footfall of students and lecturers six days a week from early morning until 10pm. NCI also brought a deep commitment to creating a learning zone for the local community.

The programme started with 10 families, and is now working with over 150 families in the area, to great success. NCI’s ELI Home Visitors are all from the local community (many now studying for degrees in early childhood development at NCI, some not having completed secondary school themselves), and work within their community, in co-operation with other services in the north east inner city, with great respect and authenticity.

The very first ELI preschoolers are now at secondary school. Meanwhile, ELI has further expanded to provide a variety of services right up to Discover University.

So what has all this to do with the remaining space in the North Lotts/Docklands SDZ that connects the IFSC to the 3Arena and Dublin Port?

Four years ago, NCI identified a site for a second campus building in the SDZ, allowing us continue our tradition of delivering education that is fully integrated with community and employers and the skills demands of our economy, to complement our Mayor Square campus, which is currently operating at full capacity.

The second campus will include a Community and Academic Library, providing much needed social learning for a community starved of both education and facilitated spaces.

The college has put together funding plans, supported by the European Investment Bank, and drawn up building plans for a college campus, including business incubation spaces and expansion of the Early Learning Initiative. Our governing body is committed to invest heavily in this new campus. Plans were well received externally, with plenty of expressions of support from education, community and political bodies.

Despite our recognised track record of achieving community transformation in an area that is wracked with challenge (poverty, gang shootings, addiction, emergency housing, and so on), the college is being asked to outbid profit-driven, commercial developers.

The Mulvey Report acknowledges that as the rest of Ireland boomed, the north-east inner city was left behind. The follow-on NEIC Implementation Board is striving to promote “a coordinated and integrated approach to local planning” and to “support tailored approaches for the implementation of programmes within the community” and has many great initiatives.

To date, less than 1 per cent of the total build space in the North Lotts/Docklands SDZ has been earmarked for social infrastructure, despite the original plan requiring social infrastructure to be delivered for community. That 1 per cent includes premium gyms, crèches and medical centres, providing so-called “social services” only to those who can afford to pay full commercial rates for them. These are not community services.

A second NCI campus would deliver an estimated €11million in community gain over the first six years, and immeasurable gain to the lives of individual children and families.

But NCI has to be given some support to build that second campus.

Let’s not repeat the mistakes of the past.

Let’s not build dense blocks of offices, empty after 5pm and at the weekends, and unaffordable, gated apartments, that cut off an existing community.

Let’s create a vibrant community built on the transformational power of education.

Gina Quin is the president of National College of Ireland