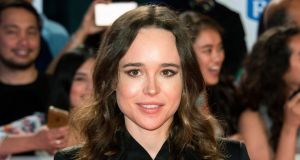 When woke culture serves as an agent to polarise debate, it does little to protect people like Elliot Page from the outpouring of hatred he experienced this week. Photograph: Warren Toda/EPA

Elliot Page came out as transgender this week. The actor who starred as Ellen Page in the Oscar-winning movie Juno said he couldn’t “begin to express how remarkable it feels to finally love who I am”.

His statement of simple joy was met with support from his peers in Hollywood. It was also, with by-now grisly predictability, met online with waves of sneering, hatred and violence.

If your only experience of trans people was what you saw online, you might imagine that this is what their lives are: angrily asserting their rights and defending their existence against hordes of hateful right-wing keyboard warriors, armchair endocrinologists and defensive, self-described gender-critical feminists.

In reality, away from the artificially polarised arguments about bathrooms – or even the more thoughtful debate about the age at which a child should be allowed to transition gender, sparked by this week’s ruling in a London court that cast doubt about prescribing puberty blockers to under-16s – most trans people are quietly getting on with things. And most of the rest of us are quietly supporting them, even if we’re sometimes uncertain about the right way to express that support.

It is okay to be confused; gender identity is complex. Contrary to what the unforgiving tone of so much public discourse suggests, we don’t all come to every issue with a fully-fledged set of beliefs. Away from the exhausting, black-and-white absolutism that seems to permeate online discussion, people in the real world are still figuring a lot of things out. Not everyone who has questions about puberty blockers is anti-trans, just as not everyone who is uncertain about whether to take a vaccine is anti-vaxx, or everyone who wonders about rolling lockdowns is a Covid denier.

It is not an accident that social media has forced people further into the extremes. Polarisation is built into these platforms by design: an angry or emotional audience is an engaged audience. But this polarisation is also a product of what John Banville dismissively referred to this week as the “woke movement”.

The term “woke” emerged, according to the screenwriter and journalist Kashana Cauley, among unionised black workers in the mid-century, and by the 1990s was “a command to keep ourselves informed about anti-blackness”. It grew online as a necessary corrective force to the misogyny, racism and inequality flourishing there.

Today’s most visible manifestation is built for 240 characters. It loves outrage, lightning judgment, instant certainty, pithy responses and quick, clever insults. It dislikes “bad takes”, nuance and the grey areas in the middle of many issues that many of us occupy.

Some of the evidence Banville proffered for his argument for why he despises woke culture is bordering on the absurd. He’ll have a hard time finding support for the view that white middle-class men are an oppressed minority, or his argument that black and transgender people “should not be given a special place” now, after hundreds of years of marginalisation.

The real shame isn’t that Banville expressed views many people thought were wrong; it’s that this is now the trajectory and tone of so much public discourse

His comments arose when he was asked whether it would be possible for him to win the Booker or even to get published today. “I would not like to be starting out now, certainly, it’s very difficult,” he mused, of an award that was historically so dominated by straight white men that the Women’s Prize for Fiction was set up in 1991 in direct response to yet another 100 per cent male shortlist. “It’s become a religious cult,” he went on.

The response to his “bad take” illustrated some of the worst aspects of the phenomenon he was describing. “F**k you John Banville. We judged on quality,” retorted one of this year’s judges, the English poet Lemn Sissay, before dismissing Banville’s views as a “lowest common denominator” publicity stunt. “Hashtag disappointing.” The Booker-shortlisted novelist Brandon Taylor called Banville’s take “sexist, racist, and homophobic”.

The real shame isn’t that Banville expressed views many people thought were wrong; it’s that this is now the trajectory and tone of so much public discourse. High-profile individual says something controversial; mocking, insults and, in short order, an outraged pile-on ensues.

Bernardine Evaristo – who was the first black woman to win the Booker, in 2019 – adopted a more thoughtful response. She pointed out that “to be ‘woke’ means striving to make society more equal and less discriminatory, so how can you despise it? Yet the term ‘woke’ is now being vilified, just as feminism was.” This has the bones of an interesting debate, but that’s about as likely to happen as Banville joining Twitter.

Neither view seems entirely right. The woke movement is not a religious cult. But it’s also too simplistic to describe it in its current form as merely striving to make society more equal. Woke culture treats all of us as though we emerged into the world with all of our views already fully formed. It creates the illusion of a tribal uniformity – if we feel the same about this issue, then we also feel the same about these 20 other issues. It shuts down debate rather than encouraging it, by not allowing anyone the freedom to be undecided, off message or – the cardinal sin of woke – “problematic”.

As long as people like Banville still have a platform and a huge audience, it’s hard to sustain the argument that it has gone too far; or that white men are victimised by the levelling of the playing field.

But the argument that it has overcorrected is not so easily dismissed. When it serves as an agent to polarise debate, it does little to protect people like Elliot Page from the outpouring of hatred he experienced this week. Just calling for “more kindness” as an antidote is not enough. What we really need is more understanding – which demands the space to ask questions, to hear other views, and to sometimes get things wrong.