Significant and lasting pushback from politicians and regulators around the world 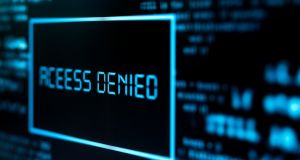 US tech firms have, since 1996, enjoyed limited liability for anything that users do or say on their platforms.

The tide has finally turned against Big Tech. Last week, Twitter banned political advertising; EU antitrust chief Margrethe Vestager said she was considering much tougher monopoly standards; the city of Toronto pushed back on Google’s Sidewalk project; Australia sued the search giant over alleged misuse of location data; and US presidential candidate Elizabeth Warren called out Facebook’s political lobbying as she declared she would end the revolving door between business and policy if she wins the White House.

It has been a long time coming. Over the past 20 years, Silicon Valley’s largest companies have traced a narrative arc from utopia to dystopia. They have moved from being scrappy, garage-based innovators to surveillance capitalists who profit from personal data and have the power to swing elections and squash even large competitors.

Their evolution has sparked what I think will be a significant and lasting pushback from politicians and regulators around the world. We are also seeing three crucial shifts that will affect not just Big Tech, but everyone.

First we will see fundamental changes in the business model of technology platform firms. US tech firms have, since 1996, enjoyed limited liability for anything that users do or say on their platforms.

For a sign of how things are shifting, look at the Australian case against Google

But the ramifications of that - from election manipulation to political populism to the monetisation of online hate and violence - have created a public backlash. Congress is considering ending, or at least significantly cutting back, those legal loopholes. That would force companies such as Facebook and Google to take more responsibility for their content, as traditional media groups already do.

In this area, Twitter’s decision on Wednesday to ban political advertising marks a major turning point. Chief executive Jack Dorsey explained in a series of tweets from his personal account: “Paying to increase the reach of political speech has significant ramifications that today’s democratic infrastructure might not be prepared to handle. It’s worth stepping back in order to address.”

Facebook founder Mark Zuckerberg insisted that his company wouldn’t be following suit. But I very much doubt that the social media giant will be able to withstand the tsunami of political pressure that’s coming. In a letter to Mr Zuckerberg last week, Democratic Senator Mark Warner, a prominent critic of the tech platforms, urged Facebook to follow policies similar to cable networks, which can and do refuse to run inaccurate political ads.

The pressure reflects another shift. For four decades, the private sector has been ascendant, but we are moving to an era in which the public sector will exert more control. Many of us expected that turn after the 2008 financial crisis. But it has taken the superstar power exerted by the largest tech platform groups to make it clear just how uncompetitive our supposedly free market system has become.

The result may be tougher laws against monopolies and new rules about how wealth and power are shared in the digital economy. For a sign of how things are shifting, look at the Australian case against Google (one of many worldwide). It accuses the search giant of misleading users about how personal data were collected and used and relies not on privacy law (as many prior cases have) but consumer law, which comes with higher potential penalties. To me, that signals a move towards enforcing not just privacy, but economic justice.

In the EU, Ms Vestager is suggesting a seismic change to antitrust law. If adopted, it would require digital platform companies accused of anti-competitive behaviour to demonstrate clear gains for their users. Currently regulators must show consumer damage. That is one reason it has been so difficult for companies like Yelp in the US or Foundem in the UK to win antitrust cases against bigger rivals. Not only does Big Tech have vastly more legal muscle, but it also controls the black box of data and algorithmic information on which such cases depend.

Making sure that the digital ecosystem in which big companies, start-ups and users operate is truly fair would be a part of another shift. And this third change would be perhaps the most important, from an era of wealth creation to one of wealth distribution.

Toronto’s insistence that Google’s sister firm Sidewalk Labs share more data and intellectual property from its “smart city” with both users and the public sector is appropriate and welcome. The project would use sensors to monitor citizens’ movements around a 12-acre waterfront plot. It could lead to more efficient traffic patterns and lower energy consumption. But unless the government controls what is collected and who accesses it, such a project would put too much control in the hands of a single company.

And that is the heart of the problem. The shift towards economic neoliberalism that started in the 1980s created a lot of wealth - but it was concentrated in the hands of too few. It has led to a new Gilded Age in which the political system, particularly in the US, is captured by moneyed interests. That is a key factor in political populism today. I don’t know if Ms Warren will win the presidency next year. But if she does, I cannot think of a better first move than to put new limits on government officials leveraging contacts for corporate gain.

1 Ireland among countries urged to consider reinstating Covid-19 restrictions
2 ‘I’ve been sleeping with my girlfriend’s sister. I need help. What do I do?’
3 Joe Biden names Kamala Harris as running mate for US election
4 Russia set to begin Covid-19 vaccinations within weeks
5 Stephenie Meyer on Midnight Sun: ‘This was just a huge, pain-in-the-butt book to write’
Real news has value SUBSCRIBE