Irexit would mean a return to British domination 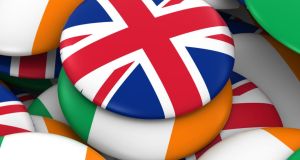 The English nationalism that drives Brexit reaffirms most Irish people’s belief that they are better off staying in the European mainstream. Image: iStock

The first principles of Ireland’s geopolitical interests, economic model, constitutional structures and future role in the European Union have been shaken out by Brexit. These principles need renewal if they are to survive.

Such issues have been relatively stable for decades, receiving tactical rather than strategic public debate. Brexit puts them in question, as the boundaries and assumptions they are based on shift. This opens up discussion on whether Ireland should remain an EU member or depart with Britain, and how to adapt its economic model to the new circumstances. Irish unity is put back on the political agenda, but by Britain’s growing instability rather than a reawakened Irish irredentism. Ireland’s low corporation tax policies and military neutrality are similarly challenged by the likely development of an EU without Britain.

Political and popular opinion in the State strongly supports Ireland’s continuing membership of the EU and resists calls for a parallel exit with Britain’s. But the question cannot be avoided. It was made a central pillar of Enda Kenny’s strategic address to the Institute of International and European Affairs in February, when he argued that Ireland must stay a fully functioning member state to protect its vital interests, even though these will be heavily affected by Britain’s departure.

Responses to the call for an Irexit by Ray Kinsella in this newspaper ask what would happen to Ireland’s access to EU markets if we left – would we rejoin sterling? The deeper question concerns the story of how Ireland escaped from economic dependence on and political domination by Britain when it joined the EEC in the 1970s. That enabled a diversification of trade and investment, including in the single market of the 1990s, which attracted US capital here.

The political mutuality of interest in and growing respect experienced from the 1970s gradually transformed knowledge of each other among political and bureaucratic elites, facilitating negotiations on Northern Ireland.

The European dimension resonated, too, with Irish public opinion by affirming much older identifications with the Continent in Irish nationalism. It differs from the nationalisms of many other EU members by being explicitly anti-imperial, whereas theirs were usually mobilised for imperial wars. That makes Irish nationalism more universalistic, an important positive aspect in an era of open globalisation from which Ireland has benefited so substantially and that has changed our own narrow introversion so profoundly.

Contrasting this with the English nationalism that drives Brexit reaffirms most Irish people’s belief that they are better off staying in the European mainstream. Those advocating Irexit have little or nothing to say about these issues, nor about how it would return this State to a British sphere of influence and dominance. The older power relationships would return, unbalanced by the wider European multilateralism that tempered it in recent decades.

Fintan O’Toole invoked the Irish political theorist Philip Pettit’s account of republicanism as nondomination in his recent series on Ireland’s identity confronted with Brexit. It catches precisely what is involved in these changing Irish-British relationships and deserves further application to them.

The same applies to the values involved in the reopened political debate on Irish unity. This has been broadened beyond Sinn Féin to other parties because of the Brexit crisis. Scenarios of how it might work out put the integrity of the United Kingdom itself in question. Scotland voted to stay in the EU and must now decide whether that is a higher priority than staying in the UK, with clear implications for Northern Ireland. Even if the Scots postpone that choice, the working-out of Brexit in deteriorating economic conditions as well as more centralised rule from London over the medium term makes the British union less attractive for Northern Ireland.

Unionists who chide Irish leaders for reviving older claims on Irish unity to gain party advantage miss this dimension. Many more Irish people wonder whether a UK outside the EU can sustain its own union and see the need to deliberate the consequences for Ireland North and South. Current opinion polling on unity does not catch that concern.

If staying in the EU suits Ireland, best choices loom too on neutrality and taxation. Global geopolitical change forces a more coherent and engaged EU foreign policy, security and defence role, while economic and political change makes for more common policies and structures.

Both can be steered by Irish interests along with well-chosen allies. Neutrality and tax policy can be developed, not discarded, if leaders and publics are bold enough to renew these principles.