How important is the latest leak of US intelligence files? 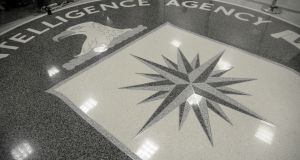 Regardless of your position on the modern surveillance state, no real new benchmarks in the audacity of western intelligence have been exposed by Wikileaks’ latest files dump. File photograph: Olivier Doulier/Getty Images

How to judge the importance of WikiLeaks’ latest dump of stolen US intelligence files?

The whistleblowing site boasts of a trove greater in size than the Edward Snowden documents. But the public interest defence for the disgorgement – and what ever moral imperatives offset the national security damage it will inevitably do – is thinner than ever.

Regardless of your position on the modern surveillance state, no real new benchmarks in the audacity of western intelligence have been exposed.

Indeed, so inured have we become to the repetitive leaking of information from America’s spymasters that even the deepest of ironies have lost their zip: televisions that spy on you? The references to George Orwell write themselves.

For those who trade in dystopias, the reality is that we are closer as a society to Aldous Huxley’s Brave New World than we are to Orwell’s 1984. In the age of Facebook, Twitter and Instagram, we give up our data and privacy joyfully – parlaying it for connectivity and fleeting social gratification – far more than it is surreptitiously lifted from us by the state for the sake of our security.

Spies spy. This is the dull reality behind privacy advocates’ reheated outrage. Sometimes those spies take morally scenic routes to reach their destinations, these documents tell us. No surprise there either. Otherwise they would be diplomats.

All of which is not to say WikiLeaks’ CIA trove is an irrelevance. It should be a gamechanger.

Take the past six years of leaks in totality, as this batch must force us to do, and the scale of the intelligence disaster that has befallen US spies is impossible to ignore or excuse.

It has implications for tradecraft and diplomacy, alliances and reputations, every bit as caustic as those suffered by the British in the wake of defections of Guy Burgess and Donald Maclean in 1952, and the subsequent slow, clumsy, unmasking of the Cambridge spy ring that had corrupted the core of the UK’s secret state.

Now, as then, a fixation on the guilty individuals – Chelsea Manning, Edward Snowden – is only half the story.

The sprawling US security state – WikiLeaks says its latest materials were being circulated, unauthorised, among several former government hackers and contractors – must take responsibility too.

The leaks all stem from the same structural problems: agencies, flush with huge resources after the terrorist attacks of 9/11, have expanded their secret bureaucracies to the point of institutional failing.

If in 20th-century Britain social class blinded the establishment spookocracy to its traitors, in 21st-century America cosy commercial relationships have done the same.

A review was commissioned shortly after the Snowden leaks by the Barack Obama administration. Of the 1.5 million individuals in the US then cleared for the highest-level “top secret” access, 500,000 were commercial employees.

Successful intelligence agencies thrive on the power and magnetism of their organisational values. At such a huge scale, how can any demanding and intense institutional culture of loyalty, fraternity, sacrifice and secrecy be maintained?

At best, it was always a set-up that would frustrate good operational security - a gift to calculating state adversaries and a nightmare for counter-intelligence work.

At worst, it set the ground for a collapse of faith in the American intelligence community – at a time when its efficiency, reliability, and standing has never been in greater demand.

Sam Jones is defence and security editor of the Financial Times

1 Murder in a crowded house: The full story of the Patricia O’Connor trial
2 Coronavirus: Aer Lingus cabin crew in self-isolation after passenger’s positive test
3 Two Irish-born children lose appeals over asylum and protection process
4 Areas advised to ‘stop everything’ as Storm Jorge hits Ireland
5 Britain is uncomfortable because Ireland has the upper hand for the first time
Real news has value SUBSCRIBE