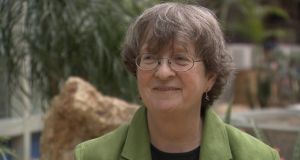 Adrienne Cullen: “By the time my results were found by accident two years later, I had a large tumour, and treatment was too late to cure me. I am now terminally ill.”

When you are damaged by a hospital, as I was, you are invariably told that what happened was unique to your case. You’re a “one-off”. Lessons have been learned. These are the big lies behind medical error.

In reality, across the EU each year, almost 100,000 people die as a result of an avoidable mistake made during medical treatment. “Avoidable” – just think about that word for a second.

In the US, the picture is even worse: medical error is now the third-leading cause of death, next in line after heart disease and cancer.

The unpalatable truth is that the hundreds of thousands of patients who die each year, and the many more who are damaged, are not “one-offs” – and all too often it seems as though lessons aren’t being learned either.

I was delighted to be conferred with an honorary doctorate in laws by my alma mater, University College Cork, and as a result, I was also asked to speak to a senior team from Cork University Maternity Hospital (CUMH).

But I was asked to do this not because I’m different – although perhaps the way I’ve handled my battle may have been different – but because I am typical.

As a result, many of the lessons that hospitals need to learn can be learned from the horror story that is my case.

So when the doors closed behind us in the simple classroom at CUMH, I told my story to a senior team led by John Higgins, professor of obstetrics and gynaecology at UCC. Alongside me, to tell his part of the story, was Arie Franx, professor of obstetrics at the University Medical Centre Utrecht (UMCU) in the Netherlands – one of the doctors who did support me in the hospital that is costing me my life.

My test results going missing had been an accident; UMCU’s refusal to deal with the consequences was deliberate

Most of those present in Cork knew the bones of my story already . . . a test result belonging to me had lain unseen for two years . . . that result showed I had cervical cancer . . . I had received no treatment, so by the time my results were found by accident two years later, I had a large tumour, and treatment was too late to cure me. I am now terminally ill.

I was offered treatment, but the hospital had nothing whatsoever to say about the negligence. Every time we visited, we expected to be approached by someone representing UMCU who would say, “We heard what happened, what can we do to help?”

That, it seems, only happens on TV. There was no practical or emotional support, no apology, no reassurances that they’d get to the bottom what had gone wrong. There was no undertaking that they’d submit a report to the health inspectorate. In short, they were going to do nothing.

There would be no record that anything had ever harmed Adrienne Cullen at UMCU.

It was that wall of silence that did the most harm, psychologically at least. My test results going missing had been an accident; UMCU’s refusal to deal with the consequences was deliberate. We simply weren’t having it.

My husband, Peter, and I spoke to staff about “open disclosure”, and asked whether UMCU had professionals trained to reach out to patients after serious harm. Our inquiries were met with blank faces.

Our frustration deepened when, the following year, we heard that the board at UMCU was unaware that anything had gone wrong with me in 2011 – in fact they had never heard of me. UMCU had accepted full legal liability for the negligence without the board being notified.

Frustrations intensified even further when talks about compensation dawdled on interminably. I’m sure there’s no connection, but, in the Netherlands, if you die before receiving compensation, your claim dies with you. When we finally received an acceptable offer late in 2015, it was accompanied by a gagging clause that forbade us from speaking about what had happened. Peter and I felt we were like characters in a John Grisham novel – little people being squeezed by corporate lawyers, driven by soulless insurance companies.

So I turned to my doctors for help. But they had no idea what happens to their patients after serious harm. And UMCU weren’t keen on them finding out. Arie Franx, a division head at the time, was discouraged from talking to me until we had signed the settlement agreement.

But luckily, Franx’s humanity won out, and he admitted at a pivotal meeting in our lawyer’s office in Amsterdam that he was “ashamed”.

It’s that spark of humanity that often makes the difference.

Will my meeting at CUMH prevent medical error even in that one hospital? Of course it won’t. But perhaps it’s time to develop a more human relationship between patients and hospitals based on parity of esteem. That way, the next time some case like mine happens, hospitals will realise that every patient is somebody’s daughter or somebody’s son.

Adrienne Cullen was conferred with an honorary doctorate in laws by UCC on Monday in recognition of her campaign for open disclosure after medical error. She was diagnosed with terminal cancer in 2013. Her book, Deny, Dismiss, Dehumanize: What Happened When I Went to Hospital will be published early next year