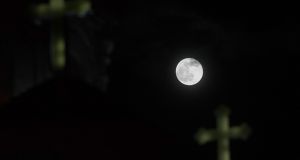 It is difficult for people in the Ireland of today to appreciate how much attitudes to sexual mores have changed in the intervening years since the 1970s. Photograph: Robert Atanasovski/AFP

In 1971 a social worker from the Diocesan Limerick Social Service asked if my husband and I would consider having an “unmarried mother” to live in our home, on a confidential basis until the birth of her baby in hospital. We agreed.

I had just given birth to our third child when the 17-year-old pregnant schoolgirl came to live with us, acting as an au pair. The girl and her parents wished for her pregnancy to be kept secret. This was the climate of the early 1970s.

This girl was part of our family until her baby was born. Having given the matter a lot of thought and following discussion with me, her parents and the social worker, she decided to have the baby adopted. At that time it seemed the best option for the baby and the mother.

In the Ireland of the time, single pregnant girls had few choices. Money was a major issue. It was only during the Fine Gael/Labour Coalition 1973-77 that the “unmarried mother allowance” was introduced, amidst much controversy.

However the major factor was social pressure. It was regarded as morally degenerate to have sex before marriage. Before contraceptives, pre-marital intercourse was dangerous, often ending in pregnancy. The woman was seen as culpable, often left holding the baby. Men were exonerated.

Church teaching, with its almost exclusive emphasis on sexual morality, was not helpful to such women. Despite this, it was personnel of the same church who helped change attitudes. In 1965, Ally, a family placement service, was founded by Fr Fergal O’Connor OP, one of the first in the Catholic community to advocate for a more compassionate attitude towards women with children born outside wedlock.

It was under such a scheme that over 20 single pregnant girls/women lived in our home at various times between 1971 and 1984. Most of them had their babies adopted. My impression was that most who gave away their babies were especially considerate of their parents as well as concerned about the future of the child.

Over those years our experience varied. One girl came to us following an unhappy experience in a mother and baby home while another girl decided that she would prefer to be in such an institution.

I drove her to Bessborough in Cork, kept in contact with her and discovered that she was happier with other young girls there. I know that many girls who stayed in such institutions were treated unsympathetically by the Sisters in charge there.

One wonders if some of the women working there had entered religious life due to family pressures rather than from a sincere conviction of doing Christian work.

It is difficult for people in the Ireland of today to appreciate how attitudes to sexual mores have changed in the intervening years. During our spell as a host family, I was warned by a neighbour of the danger of having “a girl like that” staying with us, given that my husband was a young, attractive man.

In the social milieu of the time, a single pregnancy was something to be kept secret. Then, the most important aspect for service providers was confidentiality, now it is transparency.

No doubt many women who gave up their babies for adoption later regretted doing so, especially as they experienced the societal changes in the following decades.

Judging past norms by present standards can lead to unfair judgement.

Some years ago I met a Good Shepherd Sister who had placed women with us. I asked why the Sisters hadn’t publicly defended the important role they had played in improving the lives of single pregnant women. She answered that it was impossible to get a fair hearing in the media that had demonised all religious involved in that work.

In my experience, church women and men provided more assistance to women in need in the 70s than did the secular community. Most of the social workers who contacted our family were religious Sisters; many of the women in trouble were referred by priests.

Is it counter cultural to feel sympathy for those who provided a service in an area of life that then was unpopular only to find their work so little appreciated and frequently reviled now?

Stephanie Walsh is a retired teacher who specialised in Relationships and Sexuality Education.