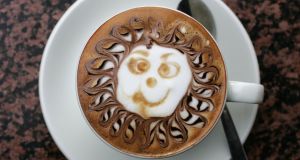 ‘The predominantly younger workforces in areas such as hotels, pubs, bars, restaurants, leisure and tourism are at most risk.’ Photograph: Frank Miller

Sometimes you need to look at things the other way around. There has been a lot of talk about the fact that 38 per cent of the people on the pandemic unemployment payment of €350 a week were earning less than €300 a week before the crisis and thus are now “better off’. But the real issue is the other 62 per cent, many of whom are relatively low wage earners in sectors hit hardest by the crisis, such as retail and accommodation, and who are now seeing their employment under threat.

Not to mention the fact that many of those earning €280 or €290 a week before the coronavirus lockdown will not be going back to their jobs either, many of which were part-time or irregular.

There is a lot of debate this week about the length of the lockdown and the slow reopening plan. The biggest economic price for this is being paid by younger people, many of whom are employed in the sectors most delayed in terms of the phased reopening and worst affected. Those under 34 years of age make up just under one-third of the workforce, but represent 43 per cent of pandemic unemployment payment recipients, according to a breakdown of official data published by the ESRI this week.

More than one-quarter of a million in this age group are on the payment, the data shows, including nearly six out of every 10 of 18-19 year-olds who are in the labour force, and more than 47 per cent of 20-24 year-olds.

Yes, many in the younger age groups will be in part-time or temporary positions and employers say some are reluctant to return to work. But I’d be surprised if most employers looking for staff are not facing a queue of people. And if they aren’t now, they soon will be, as the pandemic payment will not go on forever and may be amended in the meantime to replace lost income up to a limit, rather than provide a flat €350.

It is already clear that employment in the worst affected sectors – retail, accommodation and food services, and a number of smaller sectors, such as leisure, travel-related services and so on – will be slow to return. A recent Central Statistics Office survey, data for which was collected in mid-April, showed that 94 per cent of people who had been laid off or taken leave expected to return to the same job after the pandemic. It would be interesting to see by how much this has now changed, as reality dawns that the consumer-facing sectors have two big issues – the drawn-out timing of the Government roadmap and, perhaps even more significantly, the likely changes in consumer behaviour even when businesses do reopen.

The Government decision to opt for a longer reopening plan than elsewhere will push up the cost of wage and income supports – which will continue for now – and increase demands for more liquidity assistance from businesses. The longer the reopening, the higher the cost.

As the blanket wage and income supports are phased down, all the signs are that more targeted measures will also be introduced, for example schemes to encourage companies that take employees back on a short-time basis, as well as a range of training, internship and placement programmes.

These are particularly vital for the younger employees who are among the most exposed by the crisis. Some will return to work, but many won’t. The ESRI report pointed out that not far off half a million people are employed in accommodation and food and retail, two of the worst affected sectors. Those who don’t return to work will approach financial “cliff-edges”. For many renters that will come at the end of June when the period of special protection runs out. It may be extended, but for many people arrears will be mounting. For those on mortgages, the three- to six-month periods of grace will run out in the months ahead and they will, presumably, move into normal arrears.

Every recession is different. The Irish Fiscal Advisory Council report this week made the point that the current crisis, while really deep, might not last as long as the last one. It took 11 years to get back to where we were after 2008 – now we might manage it in two to 3½ years. Entering the recession in better shape this time is key. Last time tens of thousands of mortgage holders were exposed as negative equity coincided with income cuts. This took years to work through, as did the banking part of the crisis.

This time the greater threat seems to be to the younger, relatively lower-paid employees in customer-facing sectors of the economy. The construction workers took years to get back to work last time around. This time they are drifting back already. Manufacturing will get back fully into swing too. But those working in bars, hotels, restaurants and thousands of smaller retailers face an anxious and uncertain wait.

The recession will have a wider impact too, of course. You don’t get a 10-12 per cent annual fall in GDP and walk away with just a few scratches. But the predominantly younger workforces in areas such as hotels, pubs, bars, restaurants, leisure and tourism are at most risk both because they are at the end of the reopening line – but also because their sectors may shrink and be transformed.

Politically, the fuss over some people being better off on the pandemic unemployment payment is a sideshow. It is the threat of a widescale loss of jobs as key sectors struggle to reopen which will be worrying Ministers. A lot will lose significantly as the €350 payment, at some stage, runs out. The younger workforce employed by big firms in better paid jobs in tech and services will, for the most part, be okay. It is those working for SMEs in tourism, hotels, entertainment and pubs who are now most exposed.