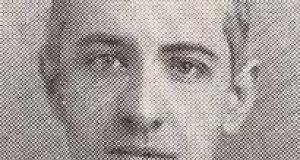 Like a more famous protagonist of 1916, Patrick Pearse, William Partridge was the son of an Englishman who, in a reverse of the historic pattern, had moved to Ireland seeking work. In James Pearse’s case, the work was monumental sculpture, much in demand here during the upsurge of church-building in the decades after Catholic Emancipation. For Partridge snr, it was another mid-19th-century boom industry, railways, that brought him as a train driver to the west of Ireland.

After a spell in Sligo, where William was born in 1874, the patriarch moved south to Ballaghaderreen (then in Mayo, now Roscommon), which became the family home. And in time, his son grew up to join the railways too, as an engineer. Then in the 1890s, young William Partridge followed the tracks to Dublin where, like Pearse jnr, if not quite so dramatically, he would help change the course of Irish history.

Despite being a member of Dublin Corporation by 1904, he somehow avoided being immortalised in Joyce’s Ulysses. Over the next decade, however, he made his own name as an outspoken union organiser and activist. By the time of the 1913 Lockout, he was considered the labour movement’s best public speaker after Jim Larkin.

He talked himself out of his day job in 1912, after alleging that Protestant sectarianism and nepotism were the keys to career advancement in the Great Southern & Western Railway Company.

Not only did he refuse to withdraw the charge when asked, he defended it in a pamphlet, My Crime. This also expressed in poetic terms his general philosophy: that workplaces should allow people to “protect their health and preserve their lives” instead of producing “human derelicts or the finished corpse”. But thanks to 1916, he was not himself destined for a long life. In the run-up to Easter Week, he was sent by James Connolly to Kerry to oversee the trade union workers who, it was hoped, would be unloading Roger Casement’s German arms.

When that operation failed, he returned to Dublin to fight alongside fellow Irish Citizens Army officers Michael Mallin and Countess Markievicz at the Royal College of Surgeons.

His subsequent jailing in Britain (for the events in Kerry rather than Dublin) turned out to be a death sentence. Undermined by Bright’s Disease, his health failed in prison.

He was given early release in April 1917, but died in July, back in Ballaghaderreen.

Countess Markievicz defied the terms of her curfew to attend the funeral and, wearing Partridge’s ICA tunic, was among the party that fired a gunshot salute over his grave.

The club comprises singers, musicians, and historians and usually meets in Liberty Hall, Dublin. But now, in the spirit of James Joyce’s The Dead, members have decided it is time to set out on a journey westward, at least for a few hours. So a bus will leave Liberty Hall on Saturday morning for a day of commemorations in Ballaghaderreen.

That disputed enclave – it’s still part of Mayo for GAA purposes – will be a busy place this weekend. It also co-hosts (with Frenchpark) the annual Douglas Hyde conference, which starts this evening, and that will be followed immediately by another local festival: “Lakes and Legends”.

The Hyde coincidence is not inapt, because Partridge was also an enthusiastic supporter of the Irish language revival – the results of his time in the railway works of Inchicore included a local branch of the Gaelic League.

This year’s Douglas Hyde conference takes the theme: “What price culture?” And among the talks is one on Friday about a famous clash of cultures: “The GAA v Douglas Hyde”, which centres on an historical row even more bitter, if that’s possible, than the one between Mayo and Roscommon.

But far from clashing, the Hyde programme and the Liberty Hall bus trip will merge harmoniously on Saturday afternoon, when Clé Club cathaoirleach Des Geraghty delivers the annual William Partridge Commemorative Lecture. A moveable feast, the lecture is being held in Frenchpark this year, and via its title, Geraghty will echo Markievicz’s description of Partridge in her 1917 funeral oration: “Purest Soul and Noblest Patriot Ireland Ever Had”.

Earlier on Saturday, there will also be a wreath-laying ceremony at the Partridge grave in Kilcolman cemetery.

And after the talk, members of the Clé Club will perform musical manoeuvres at a venue called “Into the West”. Sympathetic civilians are welcome.