A fate worse than death? An Irishman’s Diary about the court-martial of Michael Mallin 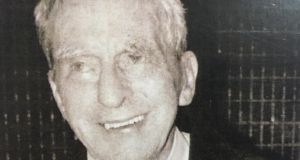 In the hills of British India, 120 years ago this summer, there occurred an incident that, small in itself, may have had serious repercussions in Dublin two decades later.

Queen Victoria had turned 78 in May and in June was 60 years on the throne. So her soldiers on the Afghan frontier made a collection. But a drummer from Dublin refused to contribute and was instead openly critical of the monarch.

It was one of several occasions on which the same Dubliner attracted negative notice from his military superiors. On another, he testified in favour of an Indian being tried for shooting a British officer. It didn’t save the man, who was hanged anyway, but it was not well received.

In time the drummer’s transgressions included his refusal to remain in the army beyond his 13-year stint. He was offered rewards to stay, but declined “in no uncertain terms”. Later again, on the outbreak of the Great War, he also rejected a promotion in return for re-enlisting.

So it was as an ex-soldier that, on the Sunday after Easter 1916, Michael Mallin surrendered to the military authors who had just suppressed the uprising in Dublin.

Radicalised by his time in India, and by his role as a strike leader during the 1913 Lockout, he had commanded the Irish Citizen Army in St Stephen’s Green, alongside Countess Markievicz. He would now, as he had told comrades, be shot.

According to the former’s memoirs, Mallin was then invited to respond, which he did only to ask that it be placed on record how grateful he was “for the kindness and consideration which Captain Wheeler has shown”.

But in the event, for whatever reason, that was not included in the hand-written summary by the court-martial president, Brigadier Ernest Maconchy.

And by the time Mallin was executed on May 8th, the record of the secret hearing would instead read that he had denied having any ICA commission and, on the contrary, had claimed “the Countess of Markievicz ordered me” to take command. In effect, it implied Mallin had tried to save his own neck at the expense of Markievicz’s.

This was not known beyond military circles at the time.

Nor did it become public for 85 years, until the records were finally released. But since then, Maconchy’s account has exacerbated Mallin’s death sentence. Not only did the court-martial take his life, it now threatened to take his reputation too.

One of the condemned man’s last actions on earth was to say goodbye to his son Joseph, a two-year-old baby, brought to see him on the eve of execution. More than a century later, that baby – now Fr Joseph Mallin SJ – is still alive, aged 103. And from a long-time exile in Hong Kong, he has made it one of his remaining missions to vindicate Michael Mallin’s honour, however belatedly.

Hence his recent 18-page document, To The Memory of My Father, in which he revisits the circumstances of the court-martial and attempts to explain why Mallin snr was traduced.

Part of the reason, he argues, was the determination of the army’s commander-in-chief in Ireland, Gen Maxwell, to have Countess Markievicz shot. She had “forfeited the privilege of her sex”, Maxwell believed.

But the case needed to be as damning as possible to overcome political squeamishness about her execution (which was ultimately vetoed).

The other motivation for Maconchy’s distortions, Fr Mallin suggests, were those years on the Indian-Afghan frontier, where the Brigadier also served. Mallin snr’s actions there made him a traitor in military eyes, and he was doubly so after Easter 1916.

Even compared with the other leaders, his son believes, he was a “marked man”: singled out for special dishonour.

But Mallin’s experiences in India, where he had faced death at least once, did not suggest someone who frightened easily. Nor did his demeanour during Easter Week. One of his comrades, Dr Madeleine ffrench-Mullen, marvelled at “his wonderful patience and self-control” in fraught circumstances and thought his execution a greater tragedy for Ireland than Pearse’s.

Then there was Mallin’s own letter to his widow after the surrender. “All is lost” he wrote. But he quickly corrected himself: “[When]I said all was lost, I meant all but honour and courage.” As his son remarks of those words: “This is my father, the man that stood before the court-martial.”