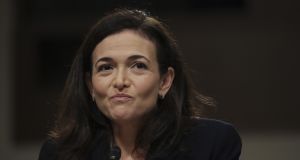 Facebook has 2.27 billion users, nearly 1 billion more people than there are in China. Perhaps that’s why the company has consistently acted as though it was above government.

A New York Times investigation last week revealed how founder Mark Zuckerberg and chief operating officer Sheryl Sandberg leveraged lobbying might and personal clout to deflect responsibility from Facebook for the spread of inflammatory content amid allegations that Russians manipulated the 2016 US elections. The story speaks volumes about the depth and breadth of oligopoly in America. It is a problem that has driven US political polarisation over the past decade and will surely pervade the 2020 presidential elections.

In 2008, Washington bailed out the most powerful banks and left ordinary homeowners to take losses. We can argue about the economic rationale for this, but the political result was the emergence of a narrative that the system had been captured by a small group of rich, powerful people. It drove voters on both ends of the spectrum away from the centre.

The result was the election of Donald Trump, who has repeatedly complained that the “liberal” titans of Silicon Valley use their black-box algorithms to discriminate against conservatives.

Hardly. If the Facebook revelations prove anything, they show that its top leadership is not liberal, but selfishly libertarian. Political ideals will not get in the way of the company’s efforts to protect its share price. This was made clear by Facebook’s hiring of a right-wing consulting group, Definers Public Affairs, to try and spread misinformation about industry rivals to reporters and to demonise George Soros, who had a pipe bomb delivered to his home. At Davos in January, the billionaire investor made a speech questioning the power of platform technology companies.

Think about that for a minute. This is a company that was so desperate to protect its top leadership and its business model that it hired a shadowy PR firm that used anti-Semitism as a political weapon. Patrick Gaspard, president of the Open Society Foundations, founded by Soros, wrote in a letter last week to Sandberg: “The notion that your company, at your direction”, tried to “discredit people exercising their First Amendment rights to protest Facebook’s role in disseminating vile propaganda is frankly astonishing to me”.

I couldn’t agree more. Sandberg says she didn’t know about the tactics being used by Definers Public Affairs. Zuckerberg says that while he understands “DC type firms” might use such tactics, he doesn’t want them associated with Facebook and has cancelled its contract with Definers.

The irony of that statement could be cut with a knife. Silicon Valley companies are among the nation’s biggest corporate lobbyists. They’ve funded many academics doing research on topics of interest to them, and have made large donations to many powerful politicians.

Some of the officials are the same characters from the 2008 crisis. According to the New York Times, Facebook urged Senate Democratic leader Chuck Schumer, whose daughter works at the company, to try to suppress criticism from other Democrats. He has supported “self-regulation” for both the financial sector and Silicon Valley.

It’s pretty clear to me that neither industry can be trusted to rein itself in. Despite Facebook’s protestations that it failed to “try to imagine what was hiding behind corners”, everyone in the industry has known about the risks of trolling and disinformation via platform technology for decades. They were evident at a micro level in the earliest online communities, such as The Well.

In his upcoming book Zucked, venture capitalist Roger McNamee says he suggested Facebook hire Sandberg because of her role in helping Google build AdWords, the product that links targeted advertising to search results.

Google was well aware of potential problems. In a 1998 breakthrough paper on search, founders Larry Page and Sergey Brin acknowledged the possibility that targeted advertising could be misused. They concluded the downsides of the model were “likely to be tolerated by the market”.

Sandberg, who worked with human teams to try to limit toxic content at Google, adapted that model to social media at Facebook. She and Zuckerberg believed the benefits of putting the whole world online outweighed the risks. In the push to build scale, the company automated many of its rollout efforts and put the onus on users to discover problems. They were following the company mantra “move fast and break things”. It didn’t matter who was hurt in the process.

Like the big banks before 2008, platform technology companies have been protected from criticism and regulation by the complexity of their products and services. That era is ending. There is no doubt in my mind that Silicon Valley knew what the cost of its business model might be for liberal democracy. It simply chose to put profits first – and used all of its political clout to protect them.

If the result of the 2008 crisis was the Trump administration, the result of this Facebook scandal might be an Elizabeth Warren Democratic candidacy. After all, who better to curb the new oligarchs than one of the people who led the post-crisis crackdown on Wall Street?

Rana Foroohar is an FT columist